For those counting you'll see there's more than 90 tracks here. I still had some bonus tracks left over from recruiting a new eMusic member. Also, for those of you who count the tracks -- GET A DAMNED LIFE! 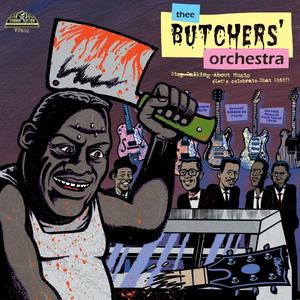 * Stop Talking About Music (Let's Celebrate That Shit) by Thee Butchers' Orchestra. You can't blame this on the bosa nova. If the Girl from Ipanema was kidnapped by The Jon Spencer Blues Explosion ...

The trio, which has been together for a decade or so, romp and stomp through songs like "Everybody's Got the Devil Inside," "Drama Queen" and "Coconut Heart." I don't think Sergio Mendes done it this way ... There I go again! 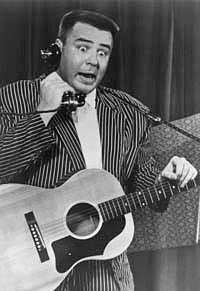 * The Day the Music Died by The Big Bopper (and others). I stumbled upon this while looking for stuff to play on my tribute to Buddy Holly, Ritchie Valens and the Bopper on Terrell's Sound World last week.

J.P. Richardson, aka The Big Bopper, is the only one of those musicians who never got a movie made about his life story. I don't know the cinematic quality of his life, but the man was a fine songwriter. His one big hit was "Chantilly Lace," but he's also responsible for George Jones' "White Lightning" and Johnny Preston's "Running Bear."

This album shows the Bopper had a knack with novelty songs. There's "The Big Bopper's Wedding," "Bopper's Boogie Woogie," "The Preacher and the Bear" (an old tune, later recorded by Jerry Reed, which might have roots in minstrel shows), "The Monkey Song (You Made a Monkey Out of Me)" and perhaps the ultimate '50s novelty song, "Purple People Eater Meets the Witch Doctor."

There's also some non-Bopper tracks including a spooky little Buddy Holly song I'd never heard before called "Valley of Tears," "We Belong Together" by Valens and a maudlin little talking-song tribute to Holly, Valens and Richardson called "Three Stars" by someone named Tommy Dee. 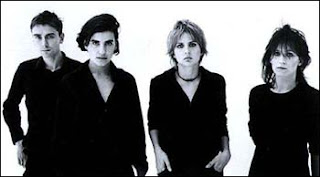 * The Radio One Sessions by Elastica. Justine! You just don't treat me right. What the hell ever happened to this band? They are one of the major shoulda-beens of the '90s. Justine Frischmann and her band were critical darlings for about twenty minutes back then after Elastica, their first album. In retrospect they seem like a poppier, British version of Sleater-Kinney. But, due mainly to all those typical '90s rock band problems, they didn't come out with a followup for another five years. The original spark was gone.

This is a Peel Sessions album and it shows Elastica at their best. Even when they started fooling around with techno sounds (the last few songs in this collection) Justine and Elastica sound fresh. And there's even a couple of Christmas songs here. There's "I Wanna Be a King of Orient Aah" And "All For Gloria," which I've been playing on my Sound World Christmas shows for more than a decade. (It was on a Geffen sampler called Just Say Noel, under the title of simply "Gloria," along with Sonic Youth's "Santa Doesn't Cop Out on Dope" and other classics.) 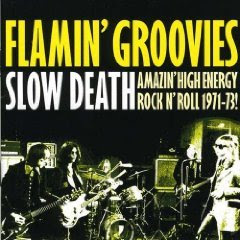 * Slow Death by The Flamin' Groovies. I'm not sure how The Groovies pulled it off. One could argue that they were just a glorified bar band, covering well-ploughed ground like "Roll Over Beethoven" and "Jumpin' Jack Flash." But glorified is right. There was such spirit in their attack on these and most all of their material, they really did live up to this album's subtitle, "Amazin' High Energy Rock 'n' Roll."

This is a collection of live cuts and demos from the early '70s, the dawn of their post-Roy Loney era. The title is a lo-fi demo that's anything but slow. The slide guitar sounds is straight out of Beggar's Banquet-period Stones, mixed in with a little Velvet Underground. And there's an early version of one of the Groovies' greatest, "Shake Some Action" that should make you wonder why this group didn't make it bigger. 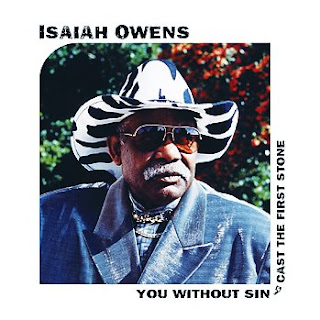 * You Without Sin Cast The First Stone by Isaiah Owens. I was looking for something wild for my recent gospel podcast. Somehow I stumbled upon Isaiah. Just what the mad doctor order. This Montgomery, Alabama native just might be the Hasil Adkins of gospel music. Owens wails and pounds his electric guitar, tuned to the key of H. And this isn't some field recording from some long-gone era. All these tracks were recorded, mostly from radio broadcasts, in the late 90s and early '00s.

This album gives 17 amazing testimonials for Jesus, and one fine pitch for a local auto mechanic if you're down in Montgomery and need your brake pads fixed. 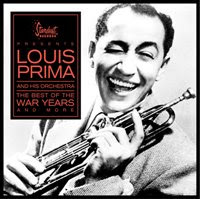 * The Best of the War Years and More by Louis Prima. All too often the origins of rock is boiled down into the over-simplified story of white country boys trying to imitate blues singers and accidentally inventing rockabilly. But it's way more complex than that. You could make the argument that flamboyant jazz band leaders like Cab Calloway and Louie Prima were proto-rock stars.

Consumer alert here. The first track, "White Cliffs of Dover" begins with a weird electronic glitch. But even worse, Track 20, "That's my Desire" is so digitally damaged, the last part is unplayable -- it caused by iTunes to freeze up. eMusic made good on my complaint and gave me a free track to compensate, but as of today, they still haven't fixed it, so do not download!
at February 05, 2009