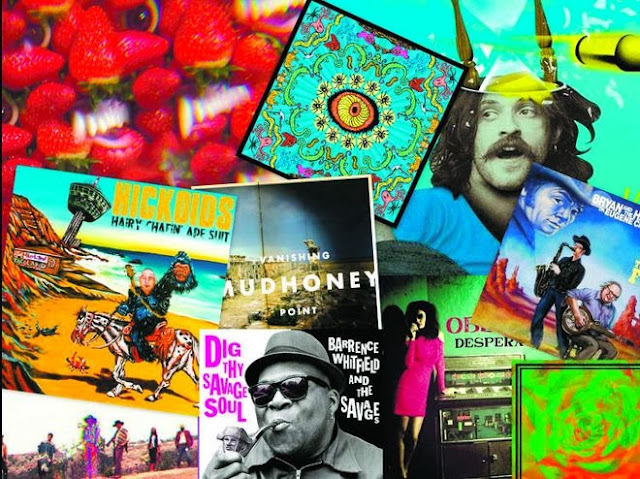 I recently read a funny article on Cracked.com titled “4 Common Music Arguments and What They Really Mean.” The very first argument struck me as I was compiling my annual best-albums list: “There Is No Good Music Anymore.” According to Cracked, what people who say this are really saying is “I don’t know how to use a computer.”

“Look, thanks to the Internet, there is good everything available pretty much everywhere,” Cracked contributor Adam Tod Brown writes. “And nothing is easier to find than new music. … It’s not rocket science. You can find anything on the Internet, and bands making music you enjoy are no exception.”

I’m aware that most people haven’t heard the music on this list or even heard of many of the artists I enjoyed in 2013. And sadly, record stores are scarce in these parts these days. So get yourself to a computer and check out any of my of my selections that sound interesting. And if you like any of them, buy the darn things.

* Floating Coffin by Thee Oh Sees. This one’s a rocker, and I knew right away that it would end up high on my year-end list. It became the benchmark against which I measured all contenders.
Most of the songs have happy, catchy melodies that make you want to sing along. However, just below the surface there seems to be something sinister lurking. Just look at the cover. There’s a bunch of ripe red strawberries — delicious looking, except for vampire teeth and eyeballs peering out. Singer/guitarist/frontman John Dwyer has said, “These songs occur in the mind-set of a world that’s perpetually war-ridden. Overall, it’s pretty dark.”

Thee Oh Sees came to Albuquerque in November and performed a mighty show. But as I began preparing this list there came some bad news: The band is going on an “indefinite hiatus.” Dwyer is moving from San Francisco to Los Angeles, while keyboardist and vocalist Brigid Dawson is leaving for Santa Cruz. The one spot of good news is that Thee Oh Sees will be releasing a new album — hopefully not their final one — early next year.

* Vanishing Point by Mudhoney. Sometimes I wish it would have been Mudhoney instead of Nirvana to carry the banner back in the days when the flannel flew. I’d argue that Steve Turner is a better guitarist than Kurt Cobain was. Mark Arm’s lyrics have lots more humor than those of Cobain. Musically, Mudhoney drew far more from garage, psychedelic rock, and The Stooges than Nirvana did. Two decades after the glory days of grunge, Mudhoney has recorded one of its finest albums ever.

* Electric Slave by Black Joe Lewis. This is the hardest-edged record so far in Lewis’ short but thrilling catalog. Electric Slave is raw, punk-infused electric blues rock — less jive and more wallop. Unlike his earlier records, this one was released under Lewis’ name alone, not with his band The Honeybears. While the Honeybear horn section is still here, the soul and funk elements of Lewis’ early work are less apparent.

* Merles Just Want to Have Fun by Bryan & the Haggards with Dr. Eugene Chadbourne. I wouldn’t be surprised if a lot of Merle Haggard fans who came across this album went away thinking that these guys were making fun of ol’ Hag considering some of the off-key horns and Bizarro World solos. But that’s not true. Eugene Chadbourne, an avant-garde guitarist, and sax maniac Bryan Murray just want to have fun. And even though Hag didn’t do it this a-way, this is a sincere tribute done with smiles on faces and love in hearts.

* Dig Thy Savage Soul by Barrence Whitfield & The Savages. After a powerful comeback album (Savage Kings) a couple of years ago, Boston’s — perhaps the world’s — greatest R & B/punk-rock band shows the savagery continues. Once again the group gives us a near-perfect collection of songs for those who like a little garage rock in their soul music or a lot of soul in their garage.

* Desperation by The Oblivians. The first studio album by this Memphis trio in 16 years isfull of humor, passion, and lo-fi crazy slop, with echoes of soul, blues, rockabilly, and of course, wild, unfettered garage rock. There are even a few somewhat melodious tunes that almost suggest a certain tenderness.

* Pura Vida Conspiracy by Gogol Bordello. “Borders are scars on the face of the planet,” frontman Eugene Hütz sings in his thick Ukrainian accent on “We Rise Again,” the opening song. And where better to make such a proclamation than in El Paso, a real live border town? That’s where this New York-based multinational group recorded this rousing album.

* Wilderness by The Handsome Family. Once again Brett and Rennie Sparks have made a mysterious, dark, and alluring album. We wouldn’t expect any less from them. The melodies are mostly pretty, sentimental, and frequently sad, with sweet harmonies. Most tunes remind me of old folk songs or parlor music from some century gone by. But when you allow the lyrics to sink in, you realize there’s a lot more going on here than sweet nostalgia.

* Sonic Bloom by Night Beats. Here’s the psychedelic album of the year, a good-time rock ’n’ roll journey to the center of the mind. The Night Beats’ sound has several discernible DNA strands in addition to psychedelia. You’ll hear bits of T. Rex as well as The Velvet Underground and even echoes of 1960s soul music.

* Hairy Chafin’ Ape Suit by The Hickoids. Mamas don’t let your little babies grow up to be cowpunks. This record is a raw, trashy gas, a drunken joy ride down Thunder Road all the way to Armageddon.

* Ooey Gooey Chewy Ka-blooey by The Dirtbombs
* Gone Away Backward by Robbie Fulks
* Old World’s Ocean by The Calamity Cubes!
* Haunted Head by Kid Congo & The Pink Monkey Birds
* Divided & United: Songs of the Civil War by various artists
* Indigo Meadow by The Black Angels
* The Dinosaur Truckers (self-titled)
* Re-Mit by The Fall
* Bottom of the World by Terry Allen
* El Valiente by Piñata Protest (This might have landed in the Top 10 had it been a full album, not just a 15-minute EP.)

Reissues/archival releases of the year: 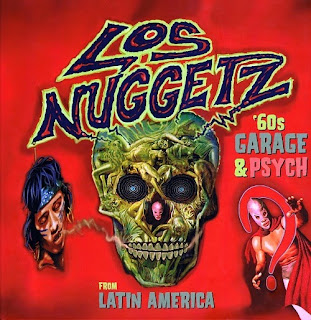 * The South Side of Soul Street: The Minaret Soul Singles, 1967-1976 by various artists
* Honky Tonk Man: Buck Sings Country Classics by Buck Owens
* Another Self Portrait (1969-1971) by Bob Dylan
* Los Nuggetz: ’60s Garage & Psych From Latin America by various artists.
* I’m a Loser by Doris Duke. (This is my favorite album released as part of Alive/Natural Sound’s Swamp Dogg archives series. Too Many People in One Bed by Sandra Phillips, The Brand New Z.Z. Hill, and the self-titled Wolfmoon also are fine examples of late ’60s, early ’70s deep Southern soul. There’s also one in the series I haven’t heard yet by Irma Thomas. It’s hard to imagine that one not being worthy as well.)
at December 30, 2013