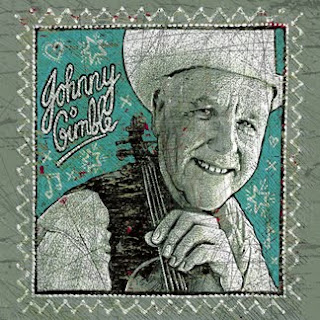 On this day in 1926 in Tyler, Texas, Johnny Gimble, one of the greatest western-swing fiddlers ever to grace American music, was born. He would have been 93 today.

Rolling Stone in its 2015 obituary had this to say about him:

He learned fiddle and mandolin and began his professional career while in his teens, playing tenor banjo in the band of Louisiana’s then-Governor Jimmie Davis. After serving two years in the Army, Gimble formed a band with his brothers before joining Bob Wills’ Texas Playboys in 1949. One of his first major successes as a session player was “I’ll Go on Alone,” the Number One debut single from Marty Robbins in early 1953. In 1955, while living with his family in Waco, Gimble hosted his own TV show, Johnny Gimble and the Homefolks, which featured a young Willie Nelson playing bass in the band. He would later tour as a member of Nelson’s band.

After leaving Wills’ Texas Playboys, Gimble moved to Nashville in 1968, becoming one of the most sought-after session players in town.

The first time I ever became aware of  Gimble was not on a Bob Wills or Marty Robbins record. It was on a 1969 album called Make a Joyful Noise by a renegade gaggle of hippies called Mother Earth, led by a blues belter named Tracy Nelson and a psychedelic poet named R.P. St. John. They joined up with Gimble and other country music vets including another venerated fiddler Grover C. “Shorty” Lavender and steel-guitar master Pete Drake.

Below are some videos of Johnny playing the music he loved best, Here's his own band in 1990:

This is Johnny with Roy Clark on Hee Haw.

And this is what you might call quadruplet fiddles featuring Merle Haggard, Tigar Bell, Tiny Moore and Johnny.