Once again I was honored honored to have been among the dozens of music critics asked to be part of Nashville Scene's annual Country Music Critics' Poll, organized and compiled by longtime music journalist Geoffrey Himes.

In the "Comments" sidebar, Geoff even quoted from part of my dazzling commentary on Tyler Childers, specifically about song "Matthew" (which was on my favorite country album of the year, Country Squire.

Just for the heck of it, here are all my comments I submitted, with some videos and photos inserted . Longtime readers may recognize some serious recycling from 2019 Tune-Up columns:

Right up there with Sturgill Simpson and Margo Price, Tyler Childers is at the top of my list of favorite country music discoveries in recent years. I became an unapologetic zealot about three-quarters through my first listen of his landmark 2017 album Purgatory. And the good news is that his new album, Country Squire is even better. I especially love the final track, “Matthew,” a fiddle-driven ode to Childers’ brother-in-law, an Iraq war veteran who now works the night shift, guarding “rusty missiles” at the Blue Grass Army Depot near Richmond, Kentucky. The song also is about Matthew’s dad, who raised his young ’uns right “on a little bit of scripture and an acreage of paradise.” The old man’s also a musician, and Childers compares his guitar picking to that of the late bluegrass great Clarence White. Not much really happens in the song. Despite the allusions to missiles and war (and a terrible logging accident that cost Matthew’s father a leg years before), nobody gets killed or hurt during the course of the song. We hear of the family fishing, swapping tales, and telling lies. It’s just a sweet portrait of people Childers obviously loves and a sweet reminder of why I love good country music.

I’d been aware of Eilen Jewell for a few years before I realized I actually liked her. She’d struck me as a decent, sweet-voiced songbird. You know the type: a waifish coffeehouse queen. I didn’t mind what I’d heard from her, but I didn’t pay her much mind. But then I heard her version of “Shakin’ All Over” from her 2009 album Sea of Tears. Yes, that “Shakin’ All Over”! This cute little singer-songwriter from Idaho was setting herself up for brutal comparisons with OG rockabillies Johnny Kidd &The Pirates, not to mention The Who. But she pulled it off in her own earthy, understated way. It didn’t have the bombast of The Who, but it was obvious the lady had the spirit down in her soul. That was when I started listening seriously to her material and found it alluring. I began looking forward to Jewell’s new releases. A decade later, her album Gypsy is her best so far. I knew it  from the first track, the swampy, Tony Joe White-influenced “Crawl” that it would be a contender. Though Jewell’s never pretended to be a thoroughbred country singer, it’s obvious since  a few years ago when she did a tasty Loretta Lynn tribute album that she truly loves the hillbilly music. And Gypsy has some of Jewell’s finest hardcore honky-tonk tunes: “You Cared Enough to Lie” (written by potato-state country singer Pinto Bennett) and Eilen’s own “These Blues.”

I’ve been a fanatical fan of an Arkansas-born singer named Nick Shoulders for — at this writing — several days now. [I wrote this in late December. It's been several weeks now and I'm still a fanatical fan.]I just stumbled across his album Okay, Crawdad in the middle of compiling this Top 10 list. He’s got a wonderful understated sound with echoes of roadhouse country, rockabilly and even a little jug-band music. Shoulder’s voice can be compared to those of Jimmie Dale Gilmore and Paul Burch. And while he doesn’t sing like a bird, he literally whistles like one. He’s my latest and my favorite new discovery of 2019.

In recent years I’ve traveled to Austin to visit family for Thanksgiving. Thus, one holiday tradition I’ve come to cherish is Dale Watson’s annual Thanksgiving night show at the Continental Club. If there’s a better, more authentic, harder working and more prolific purveyor of old fashioned honky-tonk music than Watson, I sure haven’t heard of him or her. The Thanksgiving show is always a good-time mish-mash of classic country tunes and Dale’s crowd-pleasing originals with guest spots by Dale’s girlfriend Celine Lee and rockabilly filly Rosie Flores and Dale’s so-cheesy-they’re-beautiful live commercials for Lone Star beer. And, just to add to the “what-is-country” debate, this year the most memorable tune was when Watson’s doghouse bass player Chris Crepps sang a hillbilly version of “The Ballad of John and Yoko.”


[Here's Dale singing "Honky Tonk Man" at the Continental a few days after I saw him last.]


the recent live album by pioneering, always rocking, always hilarious, always filthy Texas cow-punk ensemble The Hickoids in my Top 10 albums, knowing full well that many readers and fellow critics and maybe even The Hickoids themselves would scratch their heads and say, “You call this country?” What can I say? I’ve been this way for years. Back in the late ‘80s I reviewed an album by The Ramones and compared them with Buck Owens. But what the heck?  This Hickoids album not only has the groups’ finest stoned-at-the-jukebox, truckdriver weeper, “Driftwood 40-23” (“ I bought a rubber in a truckstop bathroom /Saw your number scratched above the urinal …” ) as well as a crazy medley of TV themes for Hee-Haw, Green Acres and Petticoat Junction. They’ll never play the Grand Ol’ Opry or win a CMA award. But The Hickoids’ vision of country is insanely fun.

My thoughts on Sturgill Simpson’s Sound & Fury: I can’t decide whether I hate this album or kind of like it. In one of the later episodes of Ken Burns’ Country Music documentary series, someone — I forget who — makes the point that since early in the history of the genre there’s been a tension among artists who try to stretch the boundaries of country. Be it Jimmie Rodgers recording with Louis Armstrong, Bob Wills incorporating swing jazz, Chet Atkins and Billy Sherrill creating a smooth “countrypolitan” sound, or John Denver and Olivia Newton-John crashing the country charts in the 1970s — the tension has always been there. Now Simpson, an adventurous artist whom I highly respect, would be the first to say that this new album (actually a soundtrack to an anime film) is not country music. It’s a loud sort of rock with screaming guitars and obnoxious synthesizers that sounds closer to prog rock. I’m certainly not opposed to country artists testing the boundaries and trying weird stuff. (As evidence by my inclusion of The Hickoids on this Top 10 poll.) Heck, I remember seeing a Crystal Gayle concert a few decades ago where her keyboardist played a crazy synthesizer on the classic hillbilly hit “Rocky Top,” and it sounded cool. As for Sound & Fury,  there are a few catchy tunes here that perhaps I could learn to appreciate. But it’s been a few months now and I haven’t gotten there yet. 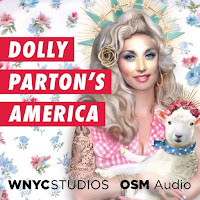 Besides the Ken Burns PBS extravaganza, the best series about country music in 2019 was a podcast called Dolly Parton’s America, produced by hosted by Jad Abumrad, whose father is a Nashville surgeon who treated Dolly at Vanderbilt Hospital after a car wreck a few years ago and remained friends with her through the years. The basic premise of the show is that in a time of division in this nation, Dolly is a great force of unity, appealing to liberals and conservatives, young and old, gays and straights, rural and urban, etc. Abumrad, like his dad, a big Dolly fan, but takes a look at the icon from various angles — how she straddles the great political divide by maintaining a strict neutrality on most political issues to avoid offending potential fans. And you hear plenty of dissident voices — “woke” college students criticizing Parton for not addressing slavery and racism in her songs of the South; right-wingers upset because she didn’t speak up against her 9 to 5 co-stars Jane Fonda and Lily Tomlin for criticizing the current president at a joint appearance at the 2017 Emmy Awards show. But my favorite moment on the podcast is one that doesn’t directly involve Dolly. It’s when Abumrad and his producer delight in hearing the Loretta Lynn song “Fist City” for the first time. That took me back to my wayward youth when I first discovered the song.