A version of this was published in The Santa Fe New Mexican
February 2, 2007

Yes, it’s that time of year when the music industry is slow in releasing new products, a convenient time to look back on some of the albums from last year that I never quite got around to reviewing (and that, in a couple of cases, I just recently got into).

*Return to Cookie Mountain by TV on the Radio. This album topped the recent Jackin’ Pop Critics Poll at the online zine Idolator — without my help. Sheepishly I have to admit I didn’t notice this album until after the ballot deadline. So that makes 2006 one of those years that I wish I could go back to and change my top-10 list. Cookie Mountain definitely belongs on it. Longtime readers know I’m a guitar chauvinist — a “rockist,” as some of those snooty, big-town critics would say. As a rule, my tastes generally lie with bands that don’t stray too far from the Buddy Holly and The Crickets guitar-bass-drums lineup. I’m generally leery of techno/electronica newfangled stuff.

But sometimes a sound is so amazing it makes me realize why rules are meant to be broken. TV on the Radio is a big case in point.

Somehow these five guys from Brooklyn create music that is catchy and otherworldly at the same time. The combination of the soulful vocals of Tunde Adebimpe and Kyp Malone, emerging from the often apocalyptic sonic backdrop, is irresistible. It’s almost like a strange mash-up of Fishbone and Pere Ubu. I hear reverberations of Prince in here, and David Bowie, too. In fact he makes a guest appearance on the song “Province.”

Like Firesign Theatre records, with Cookie Mountain you find new things to appreciate with each subsequent listen — little audio treats you didn’t notice before. (Dig that crazy clarinet that comes out of nowhere about four minutes into “Tonight.”)

“Blues From Down Here” sounds like roots music from the planet of the robots. “Snakes and Martyrs” sounds like a long-lost David Byrne melody that’s gone through genetic reconstruction. “Let the Devil In” starts out with bruising industrial drums and turns into a desperate chant.

Of course, rockist that I am, my favorite song here is “Wolf Like Me,” which, with its stinging guitar and drums straight out of the Ramones’ “Teenage Lobotomy,” is probably the most traditional-sounding rocker here. Yet even this one breaks from the rocked-out first verse into a spacier bridge.

*Boys and Girls in America by The Hold Steady. Here’s another one that made it onto critics’ top-10 lists all over this great land of ours — but not mine.

Yet, unlike Cookie Mountain, I don’t regret that decision.

Boys and Girls is a very listenable album. The first song, “Stuck Between Stations,” starts out with a reference to Sal Paradise, which is a plus for Kerouac fans. 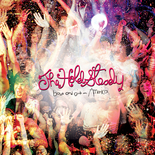 The album is probably the closest thing to classic rock a band of youngsters has put out in some time. Everyone compares it with early Springsteen, though some of the piano flourishes also remind me of early Meat Loaf.

That’s generally my problem with the record. Not only has it been done before, it’s been redone better. If you really want to hear a contemporary band that’s captured that early-Bruce spirit, seek out Marah, especially the 2000 album Kids in Philly — a masterpiece that includes one of the best songs about Vietnam ever recorded, “Round Eye Blues.”

Still Boys and Girls isn’t bad. I especially like the crazy organ solo in the faster-than-Springsteen-ever-went “Same Kooks.” And “Chillout Tent,” which deals with drug-abusing youngsters at a rock festival, is wicked fun.

*Idlewild by Outkast. This is more of a companion piece than a soundtrack to the movie of the same title that starred Outkast; it’s the influential hip-hop group’s follow-up to their amazing double-disc Speakerboxx/The Love Below. I haven’t seen the movie. And this CD doesn’t match up to its predecessor. But it’s lots of fun, with some fine tunes that stand out.

Like the double disc, Idlewild is basically two solo records — it can be divided into Big Boi songs and André 3000 songs, plus some inconsequential spoken-word bits related to the movie. And just like I preferred The Love Below to Speakerboxx, I’m partial to the songs by Dre. The guy’s a real musician. I hate to mention Prince twice in one column, but I believe Dre is heir to the purple throne.

Some of the music here embraces jazz — and Cab Calloway gets credit for the “hi-di-hi’s” on “Mighty ‘O.’” “Mutron Angel,” featuring vocals by Myrna “Peach” Brown, is futuristic gospel. And Dre gets nice and bluesy — with a nod to Stevie Wonder’s “Higher Ground” — on “Idlewild Blue (Don’tchu Worry ’Bout Me).”

For you Funkadelic fans, the almost nine-minute “A Bad Note” is a lengthy, “Maggot Brain”-like, fuming guitar piece.

*Love by The Beatles. This is a remix album patched together by longtime Beatles producer George Martin and his son, Giles. It was assembled for a Las Vegas spectacular (I’m not making this up) by Cirque du Soleil. But it’s a fun little ride. “Get Back” starts with the opening chord of “A Hard Day’s Night,” picks up with the drums, and (later some guitar) from “The End” before the vocals from the original “Get Back” start. There’s some Sgt. Pepper noise in there before it fades into the next track, a hyped-up “Glass Onion,” which has stray sounds from “Hello, Goodbye,” French horns from “Penny Lane,” and a lonely loop of John Lennon singing, “Nothing is real.”

I’m sure lots of hard-line, old-time Beatlemaniacs shuddered at the thought of this project. But I feel just the opposite. My biggest complaint is that there wasn’t enough experimenting and mixing up of the old Beatles tapes. Many songs just sound like new, “modernized” version of Beatles classics. Of course, what could ever match the spirit of experimentation and plain old weird thinking that went into making the original version of “Strawberry Fields Forever”?

Here’s a suggestion: next time, give TV on the Radio access to the old material and see what they come up with.
at February 02, 2007