ROUNDHOUSE ROUND-UP: THE FLAGS IN THE BAGS

A version of this was published in The Santa Fe New Mexican
September 11, 2008 I winced a few days ago when I saw the wire story from Colorado Springs about the “rescued” Americans flags.

According to the article, an unnamed vendor who had been working Denver’s Invesco Field at Mile High during Barack Obama’s big speech at the Democratic National Convention came across garbage bags stuffed with thousands of American flags that audience members had waved enthusiastically during the speech. Supposedly the bags of flags were near garbage bins at the football stadium.

The vendor apparently gave said flags to the John McCain campaign, and the flags were distributed at a rally for McCain and running mate Sarah Palin in Colorado Springs on Saturday.

The emcee at the event, some Denver radio personality, told the GOP crowd that the flags were going to be thrown away or burned, which evoked loud boos and jeers.

Democrats say that the flags were not meant for the garbage and that the flag flap is a “cheap political stunt.” The Democratic National Committee issued a statement saying, “Stories circulating about flags at the Democratic National Convention are false. We distributed more than 125,000 American made flags at the Convention — the flags removed from Invesco Field were intended for other events and taken without permission.”

I don’t know about those particular flags that ended up at the McCain rally. But I was there at the Obama speech, and I decided afterward to go down to the stands and pick up a flag as a free souvenir for my son back in Santa Fe. (I had watched the speech itself from the stadium’s press box, where no one was waving any flag.)

So, as everyone was leaving the stadium, I went down to the stands to grab a flag.

I can’t honestly say that I searched the entire stadium. And I certainly wasn’t sniffing around the garbage bins. But I can say I didn’t see massive amounts of discarded stars and stripes scattered around the stadium. There were the usual soda cups and hamburger wrappers — plus some Obama signs left behind. But the flag I “rescued” was the only one I saw.

And no, it wasn’t on the ground. Someone had left it on a chair. And there were no burn marks. 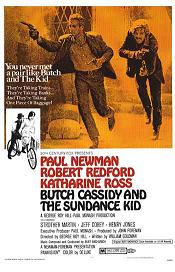 Shooting at the Sundance Kid: Democratic U.S. Senate candidate Tom Udall has blasted his Republican opponent Steve Pearce for his association with unpopular President George W. Bush. But this week Pearce is lambasting Udall over one of his friends — actor-director Robert Redford.

Redford, who spent a lot of time in Northern New Mexico back in the mid ’80s when he was making The Milagro Beanfield War, was in Corrales this week for a Udall fundraiser.

“It should come as no surprise to New Mexico voters that one of Hollywood’s most liberal icons is standing up in support of Tom Udall,” Pearce said in a news release.

“Actor Robert Redford is in town this week to help his buddy Udall. Voters should know that Redford, the man who once played the Sundance Kid on the big screen, is also a trustee on the Natural Resources Defense Council,” Pearce said. “The NRDC is an extreme environmental group that has opposed domestic drilling time and time again, despite the fact that Americans are desperate for relief at the pump. ... Voters need to be aware that Redford’s support signifies more than just Hollywood star power for Tom Udall,” Pearce said.

“It’s a political match made in heaven, as the Sundance Kid and Butch ‘Udall’ Cassidy ride again and try to rob taxpayers of their chance for clean, affordable energy,” Pearce said.

The Udall campaign responded: “If in Steve Pearce’s world Tom Udall is a rebel outlaw and icon of the American West like Butch Cassidy, I guess that would make Steve Pearce like a turn-of-the-century big oil robber baron who will do and say anything to reap profits for the rich at the expense of ordinary, pioneering Americans.”

According to the latest Rasmussen poll, Bush’s approval rating among New Mexicans is 34 percent, while 63 percent disapprove. The poll didn’t have any approval numbers for Redford.

The presidential race continues to yo-yo in this swinging swing state, Rasmussen reports. Republican McCain has pulled ahead of Democrat Obama 49 to 47 percent. Last month, just before the Democratic National Convention, Obama was leading by six points in the Rasmussen poll.

According to Rasmussen, “Gov. Bill Richardson earns good or excellent ratings from 45 percent of voters in New Mexico, while 29 percent say he is doing a poor job. Those ratings have slipped slightly since last month.”

Rasmussen interviewed 700 likely New Mexico voters on Monday. The margin of error in the poll is 4 percent. Political divorce: One of the state’s most powerful political couples is splitting up. Theresa Martinez, chairwoman of the Rio Arriba County Democratic Party, on July 1 filed for divorce from state Sen. Richard Martinez, D-Española.

The senator couldn’t be reached for comment Wednesday. Theresa Martinez, whose term as county chairwoman expires next year, said she doesn’t know yet whether she’ll seek re-election to the post.

“I just hope everyone can respect our privacy,” she said.

Sen. Martinez, who is seeking re-election, has no opponent in the November general election.
at September 10, 2008