TERRELL'S TUNE-UP: HOW BLUE CAN YOU GET?

A version of this was published in The Santa Fe New Mexican
September 26, 2008 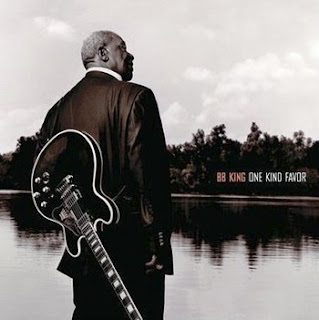 Listening to B.B. King’s new album, One Kind Favor, makes me remember the exact moment I became a B.B. King fan for life.

It was my freshman semester in college, back in 1971. I was just getting into the blues and had bought two cassette tapes — Endless Boogie by John Lee Hooker and King’s Live in Cook County Jail.

Hooker’s album was OK. It was one of those guest-star-laden affairs featuring endless riffage from various young, white rock guys. Not bad but not a classic.

King’s jailhouse romp is another story. From its very first moments, when various jail officials are introduced and roundly booed by the inmates, you realize it’s going to be an authentic experience. Both King and his band are in top form and captivate — oops, that might not be the right word — from start to finish.

But the moment that clinched it for me was the bridge in “How Blue Can You Get”: “I gave you a brand new Ford, but you said ‘I want a Cadillac’/I bought you a $10 dinner, you said ‘Thanks for the snack.’/I let you live in my penthouse, you said it was just a shack.”

And then B.B. pours his guts into the kicker that still makes me grin, 37 years later: “I gave you seven children, and now you want to give ’em back.”

I doubt there’s anything on One Kind Favor that would give any college freshman today a lifelong memory. But it’s still an impressive effort (especially considering that the guy is 11 years older than John McCain) and an enjoyable listen. The record is a sweet reminder of everything a B.B. King fan loves about the old pro.

Produced by T-Bone Burnett, the T. Boone Pickens of roots-music producers, One Kind Favor is mainly a collection of blues standards. But the production is so sparse and understated and King’s voice is so soulful throughout that it sounds fresh. The basic band includes Dr. John on piano, Jim Keltner on drums, Nathan East on stand-up bass, and, of course, King on guitar. With a horn section on many tracks, the band sounds as if it has been backing B.B. forever.

The opening song, from which the title is taken, is one of my favorite songs in blues history — “See That My Grave Is Kept Clean.” Blind Lemon Jefferson wrote it. Canned Heat rocked it up under the title “One Kind Favor,” and Mavis Staples covered it a few years ago, calling it “A Dying Man’s Plea.” (Though Canned Heat’s version is still my favorite version, folkie Geoff Muldaur laudably used the song in a two-part epic song, “Find Blind Lemon,” about searching for Jefferson’s grave. “He only asked one favor, to see that his grave is kept clean.”)

There are two songs by the Mississippi Sheiks (a string band from the ’30s) — “The World Is Gone Wrong” and the chestnut “Sitting on Top of the World” — and one by Hooker (“Blues Before Sunrise”). Two of my favorite songs here were composed by old-time bluesman Lonnie Johnson. “Backwater Blues” is a flood song performed almost like a dirge. But even better is Johnson’s “Tomorrow Night.” Elvis Presley did a heart-stopping version of this back in his Sun Records days, and Bob Dylan has also covered it. It’s a perfect blues ballad for King and a perfect closer for this record.

Some musicians say their albums are like children. If so, this is one you won’t want to give back. 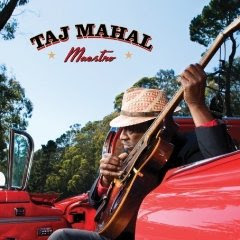 *Maestro by Taj Mahal. It took me a few songs to warm up to this new record by Taj Mahal. Scheduled for release on Tuesday, Sept. 30, it’s a “celebration” of his 40 years in show biz. As often is the case with such celebrations, the record is overrun with guest stars. In this case, the results are decidedly mixed.

The record kicks off with a thud: a surprisingly flat cover of Slim Harpo’s “Scratch My Back.” There’s also a boring Caribbean-flavored ballad featuring Taj’s daughter Deva Mahal and Los Lobos and a duet with Jack Johnson, a champion prizefighter who’s been dead since 1946. (Wait ... that’s a different Jack Johnson. Sorry. )

Though the Ben Harper duet, “Dust Me Down,” isn’t bad, I was about to yank the CD out of my changer at the end of “Black Man, Brown” an old Taj song sung here with Ziggy Marley. But I let it play through the pretty but ultimately inconsequential “Zanzibar,” a collaboration with African musicians Angélique Kidjo and kora player Toumani Diabaté.

And then, once Taj gets the world-beat weenie stuff out of his system, he lowers the boom. Los Lobos is back, and it sounds like the band woke up — with a vengeance. “TV Mama” is a hard-edged rocker, with Taj playing a mean harmonica and David Hidalgo showing that slide guitar is yet another of his many talents.

Even better is the next track, “I Can Make You Happy,” backed by The New Orleans Social Club, which includes Henry Butler on piano and Ivan Neville on organ. Taj uses his Howlin’ Wolf voice on this dusky stomper. If the entire album were as strong as these two numbers, Maestro would probably be blues album of the year.

Nothing else matches this middle section of tunes, though the rest of the album is much stronger than the first half. I especially like the Dixieland-flavored “Slow Drag” and the back-alley snarler “Strong Man Holler.”
at September 26, 2008