A version of this was published in The Santa Fe New Mexican
September 19, 2008 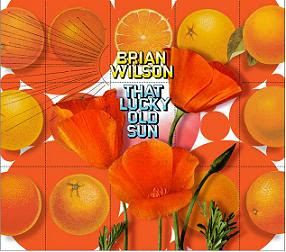 If Brian Wilson's new album, That Lucky Old Sun, truly were the follow-up to Smile, I could see why it would be considered something of a sophomore slump.

That Lucky Old Sun is Wilson’s first album since Smile. (not counting his 2005 Christmas album). But let’s be real. Smile is a bizarre masterpiece that Wilson first began working on more than 40 years ago with The Beach Boys. It was rescued and revived four years ago by Wilson, with the loving, patient, and determined assistance of members of his band Wondermints. (Wilson fans should, if they haven’t already, immediately get their hands on the DVD Brian Wilson Presents Smile. I came away respecting his young band mates nearly as much as I respect Wilson himself.) Smile is in a class by itself, but you shouldn’t hold that against this new album.

It could be argued that, on the surface, That Lucky Old Sun sounds like a follow-up to Smile. Both albums are song cycles featuring recurring musical themes, tunes ranging from the whimsical to the melancholy, and obvious references to longtime Wilson sources like Phil Spector and The Four Freshmen. You hear strains of doo-wop, barbershop, California pop, quasi-chamber music, and lounge sleaze. The lyrics are frequently clunky — but that’s been true ever since Wilson, now in his mid-60s, was a little-bitty Beach Boy.

The tune for which the album is named, which appears as a brief introduction and reappears in short snatches elsewhere in the album, is indeed that old Frankie Laine hit. My initial encounter with the song was Ray Charles’ version in the 1960s. I was just a kid, and this big-orchestrated production was one of the first times a song actually made me sad. I could feel the depths of sorrow and frustration as Charles sang, “I fuss with my woman and toil with my kids/Sweat ’til I’m wrinkled and gray/I know that lucky old sun has nothin’ to do/But roll around heaven all day.”

But Wilson’s version of the song doesn’t evoke the same level of sadness or world-weariness. There’s no fussing or toiling here. Wilson’s take is fortified by a strange optimism, as if he’s saying, “If you’re lucky, you can be like the sun and roll around heaven all day.”

The first half or so of the record is an update of one of Wilson’s longest-running themes — his love for Southern California. It’s a celebration of Los Angeles, from the beach to the barrios to Hollywood Boulevard. “The sun burns a hole through the 6 a.m. haze/Turns up the volume and shows off its rays/Another Dodger-blue sky is crowning L.A.,” Wilson sings in the peppy “Morning Beat.” You almost expect him to intertwine pieces of Randy Newman’s “I Love L.A.”

But in the second half, Wilson gets more interesting as he begins to confront himself about his infamous “lost years” of mental illness. “At 25 I turned out the light/Couldn’t handle the glare in my tired eyes,” he sings in “Going Home.”

In “Oxygen to the Brain,” he moans, “How could I have got so low/I’m embarrassed to tell you so/I laid around this old place/I hardly ever washed my face.”

Then there’s “Midnight’s Another Day,” in which he sings, “Swept away in a brainstorm/Chapters missing, pages torn.”

Alas, there are aspects of this album that prevent it from being a classic. For instance, the silly doggerel “narratives” that pop up between some songs are corny and annoying. Surprisingly, they are written by Smile lyricist Van Dyke Parks. Sadly, they are Parks’ only contributions to the record.

“Mexican Girl,” about some lovely señorita in East Los Angeles, is downright embarrassing — at least the lyrics are. “Hey bonita muchacha/Don’t-cha know that I want-cha. ... You have my sacred heart/We’ll finish at the start.”

And while the music of “Forever She’ll Be My Surfer Girl” isn’t bad, the self-referential sentimentality is a little much for these jaded ears.

So no, That Lucky Old Sun is not in the same league as Smile. But consider this: even though Beethoven’s Sixth is no Beethoven’s Fifth, it’s still Beethoven. 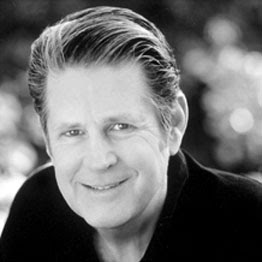 Bonehead correction: This is embarrassing, but I got the title of the Zeno Tornado album reviewed in last week’s Tune-Up wrong. (I corrected it in my blog) The correct title is Rambling Man, which appears in near illegible letters on the cover. I called the album Lover of Your Dreams, which is the name of the first song. And this is what confused me: It’s also the name of a previous Tornado album
at September 18, 2008