A version of this was published in The Santa Fe New Mexican
September 12, 2008

Although I’ve made it a personal tradition to always begin a road trip by blasting a Ramones CD — and my recent drive to Denver for the Democratic National Convention was no exception — most of the other CDs I took along were new, or relatively new, country albums with which I wanted to spend more time. Here’s a look at some of them. 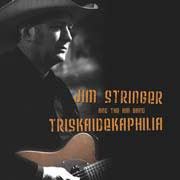 * Triskaidekaphilia by Jim Stringer and the AM Band. Stringer is an Austin stalwart, a hotshot guitar picker, and a lover of good basic honky-tonk and Western swing. His latest album is full of all those things that have made his past albums enjoyable.

There are some cool instrumentals, especially the opening tune, a souped-up version of Duane Eddy’s “Rebel Rouser,” to which Stringer adds snatches of television themes — including those from The Andy Griffith Show and The Simpsons. And there are some funny country numbers, like “Here’s the River” (which is about psyching out your opponents in pool, poker, and life); sentimental country songs, like “He Love Music”; and a country cover of an old Top 40 song — Jay and the Americans’ “Come a Little Bit Closer” (which I always considered a rewrite of Marty Robbins’ “El Paso”).

But there are a couple of standout originals here that showcase Stringer’s talents as a songwriter and frankly make this his best album.

“Chevy Headed West” is a bittersweet song about a couple of young guys on a road trip to California in 1968, worrying about Vietnam and learning about the assassination of Bobby Kennedy on their car radio. It’s quite a moving little number, and, as far as I’m concerned, it gets extra points for name-dropping KOMA, a renowned 50,000-watt AM radio station blasting out of my hometown of Oklahoma City across the Great Plains every night (“from Texas to Chicago,” Stringer sings, but lots of folks have told me it was a hit on teenagers’ car radios out here in New Mexico when the sun went down).

And then there’s “I Saw Them Together.” I’ve always been a sucker for a good clean murder ballad, and this sweet waltz about a bad case of mistaken identity immediately warmed my twisted heart.

* Ramblin' Man by Zeno Tornado and the Boney Google Brothers. Switzerland’s Voodoo Rhythm Records has given us Eurotrash/punk versions of rockabilly (Hipbone Slim and the Knee Tremblers, Jerry J. Nixon), Cajun (The Watzloves, Mama Rosin), blues (The Juke Joint Pimps and others), and garage rock (The Monsters and way too many others to mention). 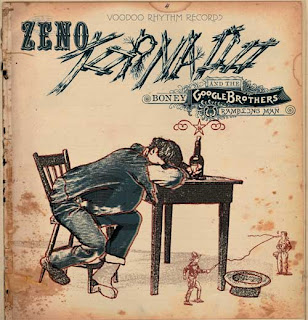 But its greatest contribution to country music has to be Zeno Tornado.

Tornado is a native of Switzerland. His lyrics are full of humor, and the twang in his voice obviously isn’t natural. But this music shouldn’t be considered parody. He understands and appreciates good old American country-western. Tornado and band play it with aplomb, mixing in elements of rockabilly (dig that cool slap bass, especially in the song “She’s My Neighbor”) and bluegrass (there’s some nice fiddle and banjo in “Sober,” “Bone White Moon,” and others).

Then in “Bullet in My Mind,” he sings, “I killed her a thousand times.” It turns out to be a fantasy, but a disturbing one indeed.

Sometimes Zeno’s lyrics are slightly bizarre. “Here I am sittin’, drinkin’ my own blood,” is how he starts out the song “Blood.” Perhaps “Waiting Room” could be considered Euro-country emo. “Life’s a waiting room for death,” he sings. “Maybe I drown in icy water/Or get killed by a religious brother/I don’t care as long as I die.”

But most of this record is pretty joyful. Any vocalist who can pull off a tongue twister like, “It’s a struggle in the puddle at the bottom of a bottle, oh yeah” at breakneck speed shows he’s not completely consumed with despair. 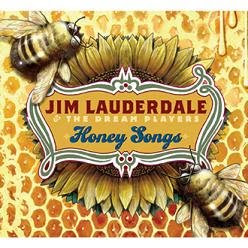 * Honey Songs by Jim Lauderdale & The Dream Players. An underappreciated country artist, Lauderdale has been cranking out fine albums full of well-crafted and thoroughly enjoyable songs on a regular basis. (A couple of years ago, he released two albums, both pretty decent, at the same time: Country Super Hits, Vol. 1, and Bluegrass.)

He has played in Lucinda Williams’ band, done duet albums with Ralph Stanley, and had songs covered by lots of mainstream country singers like Vince Gill, George Strait, and even George Jones.

And he’s not kidding when he calls the musicians on Honey Songs “the Dream Players.” He has some members from Elvis Presley’s old touring band, including the great guitarist James Burton and drummer Ron Tutt. He has Glenn D. Hardin on piano and Al Perkins on steel — both of whom have credits far too extensive to mention — and backup singers that include Emmylou Harris, Buddy Miller, Patty Loveless, and Bloodshot Records princess Kelly Hogan.

There’s not song on this album. Any one of these tracks would immediately raise the level of artistic integrity of the country station that plays it. The only trouble is, there aren’t any great songs here either — nothing really stands out or twists your head. Basically, Honey Songs shows far more competence than it does inspiration.
at September 11, 2008