In addition to my 90 downloads for this month, I got a bonus of 50 extra tracks for luring a new eMusic member. (She got 50 free ones too). I have until April to use them, but, like a kid in a candy store, I've already used more than half.

So this'll be a long one! 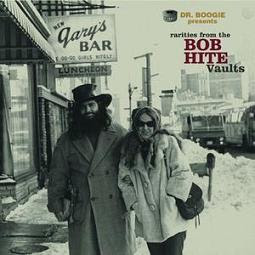 * Rarities from The Bob Hite Vaults by various artists. Before he was a rock star -- anyone else out there remember Canned Heat's appearance on Playboy After Dark? -- he was best known as a collecter of old blues records.

I'm not sure whether he actually had a vault, but this collection of blues, good greasy R&B and proto-rock, compiled by a Dutch DJ named "Dr. Boogie" (if indeed that is his real name), is a delight. There's names you should recognize (Etta James, Johnny Otis, Bill Haley, who explains the "Birth of the Boogie") and some you've probably never heard of (Mad Mel Sebastian, The Hotshots, Googie Rene). Cool, cool surprises all.

And there's six from blues shouter Elmore James, none of them "Dust My Broom" (though "She Just Won't Do Right" refers to it.) 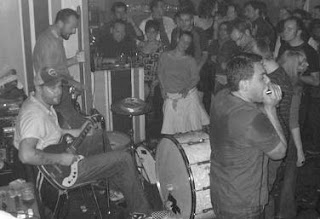 This band has lots of personality. Stinky Lou plays a mean washtub bass, while Goon Mat handles both guitar and bass drum. Bernardo plays harmonica. And while their basic sounds is based on the ascended masters of Missiissippi, they don't try to hide their French accents. 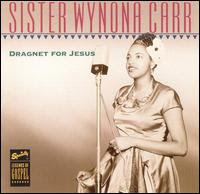 * Dragnet for Jesus by Sister Wynona Carr. Definitely some of the coolest gospel I've heard lately. Sister Wynona, who hailed from Cleveland, was active in the 1950s. She toured with and was influenced by Rosetta Tharpe. She also worked as the choir director for The Rev. C.L. "Aretha's Dad" Franklin's church in Detroit.

This collection has several "novelty" gospel tunes, including "The Ball Game," "15 Rounds for Jesus" and the title song, which, yes, is a sanctified send-up of Jack Webb's famous TV show, which must be heard to be believed.

But don't dismiss her as a novelty artist. This lady could sing.

Later in the '50s she tried her hand at secular R&B. Her collection Jump Jack Jump! is on my "Save for Later" list.

* Cerebral Caustic by The Fall. Here's a mid '90s album by Mark E. Smith and company that I somehow missed. (They were prolific enough at that point and some of their labels were so obscure, it was easy to lose track of their releases.) 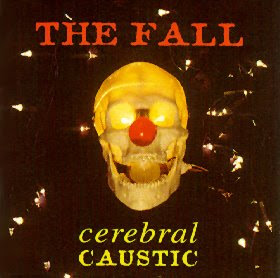 This album featured Brix, the former Mrs. Smith, back in the Fall fold for a brief time. I love the way she spits the title of the "Don't Call Me Darling" in the verses of the song as a classic Fall "Big New Prinz" riff pounds in the background.

Then Brix goes all Chipmunky on the seductively near-unlistenable "Bonkers In Phoenix." The crude electronica effects will make you worry that your speakers have been blown.

But what really sold me on this album is that there's a real live Ruben & The Jets cover -- "I'm Not Satisfied." 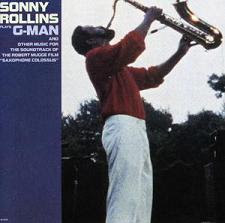 * G-Man by Sonny Rollins. I got inspired to download this one right after viewing the new DVD release of Robert Mugge's 1986 Sonny documentary Saxophone Colossus.

I enjoyed the film, especially for the live performance footage of an upstate New York concert. That's what is featured on this album.

The 15-minute title song that opens the album is a thrill ride from start to finish. There also are jumping versions of "Don't Stop the Carnival," for which Sonny drew from Carribean music, and his classic "Tenor Madness," which has a punchy trombone solo by Anderson.

* The Sultanic Verses by Mark Sultan. Sultan puts the BBQ in the King Khan & BBQ Show. This Canadian also is a veteran of Les Sexareenos.

On this album, he's a one-man band (joined here and there by stray pals) playing primitive but extremely catchy tunes.

"Mortal Man" is a minimalist soul revue. "Two Left Feet" (not the Richard Thompson song) is a joyful stomp.

And "Unicorn Rainbow Odyssey," a slow, greasy midnight plea, probably is the only song with "Unicorn" in the title that I'll ever admit to liking. 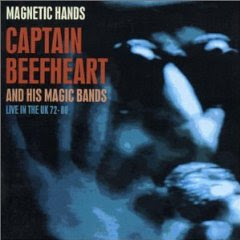 The early tracks are interesting and, at least for true Beefhearteans, worth having -- a downright ominous "Orange Claw Hammer" from 1975! -- the later, better recording-quality tracks are amazing. "Abba Zabba," "Safe as Milk" and "Kandy Korn" are among these. But the best is the live version of "Hothead," probably my favorite latter-day Captain songs. 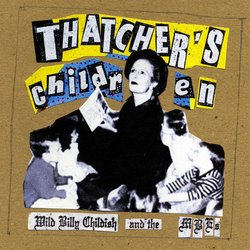 * Thatcher's Children by Wild Billy Childish & The Musicians of The British Empire. The prolific Childish, who has been around for decades fronting bands like Headcoats, Thee Mighty Caesars, Thee Milkshakes, and others, establishing his rightful place as the high priest of garage music in the British Isles.

For more on this album, stay tuned for my next Terrell's Tuneup column. Watch this space. But in the meantime, do yourself a favor and at least download "He's Making a Tape," sung by the lovely Nurse Julie. Do guys in the 21st Century still make mix tapes to impress an intended conquest? 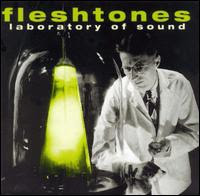 * Seven tracks from Laboratory of Sound by The Fleshtones. I'd slowly been acquiring tracks from this 1995 album through the Pepsi Stuff/Amazon.com program. But that expired at the end of the year. (I was left holding four goddamn points, just one bottle cap away from one more download!)

This album was produced by Steve Albini, who at the time had gained notoriety for his work on major albums by Nirvana (In Utero) and P.J. Harvey (Rid of Me) -- not to mention his earlier work with The Pixies, The Breeders, TAD and his own groups like Big Black and Rapeman. Albini's famous for a raw guitar-heavy sound. And it works for The Fleshtones. I like this a zillion times better than their album Beautiful Light, which was produced by REM's Peter Buck the year before. In fact, maybe Albini was brought in as a back-to-basics antidote to Beautiful Light.

* The six tracks from Holland Shuffle by Andre Williams & Green Hornet that I didn't get last month. Like I said then, this live album was released in 2003 by Norton Records. It's a good companion to the old R&B shouter's Can You Deal With It, released last year, which made my Top 10 list for 2008.
at January 10, 2009