A version of this was published in The Santa Fe New Mexican
January 2, 2009

What does it say about a year in music in which two of my top 10 CDs are retrospectives and one of them is a reworking of old songs? * We Have You Surrounded by The Dirtbombs. Apocalyptic paranoia reigns here. On nearly every song, singer/guitarist Mick Collins seems to be looking over his shoulder and not liking what he sees. Civilization is decaying, burning. The future’s so dim Collins can barely wear his shades. The end is near, and everyone’s out to wreck his flow. The Dirtbombs are one of the many Detroit bands of the 1990s that didn’t become famous when The White Stripes rose. (But don’t call his group a “garage band,” or Collins will twist your head off and eat your children.) With a lineup that includes two bassists and two drummers, Collins pays vocal tribute to the soul greats of his hometown’s past. * The Supreme Genius of King Khan & The Shrines. This is a full-fledged psychedelic soul band, complete with horn section led by a Canadian guitar picker of East Indian heritage who lives in Germany. You’ll hear punk and garage rock influences in Khan’s grooves, even a flicker of speed metal. But make no mistake, this album — the band’s first proper U.S. release, consisting of material released on previous European albums — has soul!


* I Have Fun Everywhere I Go by Mike Edison & Rocket Train Delta Science Arkestra. Here’s a journalist after my own heart, a writer, editor, and/or publisher for a rich array of publications — Screw magazine, High Times, and Wrestling’s Main Event. This album is a hilarious companion piece to Edison’s autobiography, also published last year. It’s a spoken-word record, with Edison reading from the book over hard-driving psychedelic/techno/blues backdrops produced by Jon Spencer.

* Recovery by Loudon Wainwright III. Wainwright looks back at his oldest material here with the help of producer Joe Henry. Most of these tunes are like old friends to me — including the song “Old Friend.” Nearly all of the tunes have held up extremely well over the past four decades. Wainwright infuses them only with a tangible wistfulness but also with an earned wisdom. 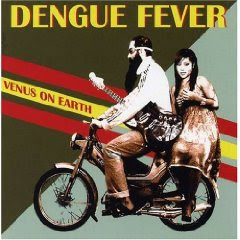 * Venus on Earth by Dengue Fever. Dengue Fever isn’t just a fun band with a unique sound, retro and innovative at the same time. Nope. this The Southern California pyschedelic/garage/lounge/worldbeat group fronted by Cambodia-born singer Chhom Nimol, represents a sweet, symbolic triumph of freedom over totalitarianism; of rock ’n’ roll over the killing fields; of sex, joy, fast cars, and loud guitars over the forces of gloom and repression. Dengue’s music revives the upbeat, urgent, sometimes shamelessly cheesy brand of rock that flourished in Cambodia before the evil Khmer Rouge wiped it out in the late ‘70s.

* The Golden Hour by Firewater. Recorded in India, Pakistan, Turkey, and Israel, this record, the latest project of former Cop Shoot Cop frontman Tod A, has an international rock sound influenced by the music of those nations as well as Balkan music and even some Latin and Caribbean styles. The album has the feel of a political exile’s diary, angry, melancholic, and above all, rockin’.

* Bar Band Americanus by Charlie Pickett And. Why would anyone be interested in an obscure Florida bar band, a group that rose in the early ’80s and then sputtered to a stop well before the end of the decade, leaving behind no real hits? Why would anyone care about a beer-drenched band led by a singer who called it quits, left showbiz for law school, and never looked back? Because they sound so dang good. Pickett played a high-charged brand of roots rock that’s basically timeless and fresh. 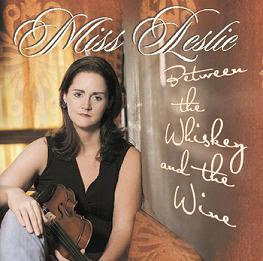 * Between the Whiskey and the Wine by Miss Leslie. Hands down, the best country album of the year — unadulterated hard-core, heartache honky-tonk music. Don’t look for irony. Don’t look for hipster detachment. Leslie Anne Sloan’s clear, intense voice just stops you in your tracks. There’s nothing sugary, flirty, or kittenish about her voice as she sings songs apparently in inspired by her recent divorce.

* Can You Deal With It by Andre Williams & The New Orleans Hellhounds. This R&B codger apparently is indestructible. He’s in his early 70s and has survived drug problems, homelessness, poverty, and obscurity. But he keeps cranking out hot and nasty albums. With the funky punky Hellhounds, Williams gives dirty old men a good name. * Women as Lovers by Xiu Xiu. This San Francisco band, which played at the College of Santa Fe in early 2008, creates some of the craziest but most enticing music I’ve heard in a long time. Singer Jamie Stewart has one of those morose, sobbing, 4 a.m.-suicide voices that sometimes get on my nerves, but Xiu Xiu’s New Year’s Eve-in-the-nuthouse sound, with the vibes clinking, drums crashing, horns blaring, and synths screeching sometimes sounds as if you’re on an amusement park boat ride drifting into a forbidden area of It’s a Small World.

Honorable Mention
* Take a Good Look by The Fleshtones
* The Lucky Ones by Mudhoney
* Damn Right Rebel Proud by Hank Willaims III
* Dig!!! Lazarus Dig!!! by Nick Cave & The Bad Seeds
* Recapturing the Banjo by Otis Taylor (and friends)
* Triskaidekaphilia by Jim Stringer and the AM Band
* That Lucky Old Sun by Brian Wilson
* Introducing Los Peyotes
* Poison by Hundred Year Flood
* Waco Express: Live and Kickin’ at Schuba’s Tavern, Chicago by The Waco Brothers


* Agree? Disagree? Post your comments here. Don't be shy. I'm your friend, I'm not like the others.

* Hear songs from these albums Sunday night on Terrell’s Soundworld. I’ll do a cheesy Casey Kasem-style countdown beginning after the 11th
hour and intersperse the honorable mentions beginning around 10 p.m. That’s on KSFR, Santa Fe Public Radio.
at January 01, 2009