A version of this was published in The Santa Fe New Mexican
January 30, 2009

Of all the bands that rose out of the alt-country scare of the mid-to-late ’90s, the only ones that remain standing do a lot for me these days: The Waco Brothers and The Gourds.

Wilco is a whole other story. It’s still around, of course, but its music stopped resembling alt-country — much less country — years ago. Then there’s The Handsome Family, which I tend to think of more as a duo than a get-down band. And there’s the Bottle Rockets, but they haven’t had a new record in three years or so. Come to think of it, The Wacos haven’t had an album of new material in nearly four years.

But The Gourds keep cranking ’em out, and the band’s new one, Haymaker!, is its strongest in a long time. If you’re not familiar with The Gourds, who have played Santa Fe several times in recent years, this album would be as good a place as any to start.

Like the best stuff from this Austin group, it’s good, rocking country-flavored fun, with more than a hint of Cajun and Tex-Mex music, thanks largely to Claude Bernard’s accordion. The musicians worship Doug Sahm, but they never sound like they’re trying to imitate him. They are often compared to The Band, but their humor is far goofier. The Gourds’ musicianship is tight, and yet they make their records sound like loose backyard parties. You can almost smell the barbecue and beer.

There are two main singers and songwriters in the group — Kevin Russell (who, for reasons best known to him and his god, calls himself “Shineyribs” in the Haymaker! album credits) and Jimmy Smith. I’m not sure which is John and which is Paul, but the George Harrison of The Gourds is multi-instrumentalist Max Johnston, who sings lead on two songs, including the slow, soulful, and lovely “Valentine,” which is guaranteed to get him laid on Feb. 14.

Haymaker! isn’t a concept album, but it has the feeling of a crazy travelogue. Lots of songs deal with travel. “Wake up! We’re going to the country,” are the first words of the first song, “Country Love.” That tune perpetrates the country-music truism that “country lovin’ ” is somehow preferable to urban sex.

Keeping with the unstated travel theme, Russell’s “All the Way to Jericho” sounds like it’s about some cosmic pilgrimage. “All the way to Jericho in a rusted automobile,” he sings. Listeners might be reminded of that old song about pulling into Nazareth. Shineyribs is back to this earthly plane, however, in the song “Shreveport,” in which he’s on a “midnight drive down on Jewella Road.” This little rocker has references to methamphetamine use and “heavy metal rednecks and their frizzy blond hair.” In “Bridget,” Smith tells about not-so-sweet hitchhiker wearing a Che T-shirt. When he lets her off at a rest stop, she says, “Thanks for the lift, you old geezer.”

Smith’s best contribution to this album is “Blanket Show,” a crazy hoedown injected with garage-band energy. He sings of “warthog rage” and gets away with the line “My heart was heavy but my fu was kung.”

But my favorite Haymaker! song has to be “Tex-Mex Mile,” whices a trip to South Austin sound like Homer’s Odyssey set to the tune of “Six Days on the Road.” “I lost 10 years down there smoking that Pachuca weed/I was Rip Van Winkle but I thought I was Apollo Creed/I couldn’t find my dingo boots, hell I couldn’t even find my feet/I kept a waking and a baking even though it was mostly seeds.”

The amazing thing that The Gourds pull off is that they have managed to stay true to their basic sound. They really haven’t changed much since their earliest works, and they certainly don’t try to keep up with trends. They’re just a great unsung American band. May their fu remain ever kung. 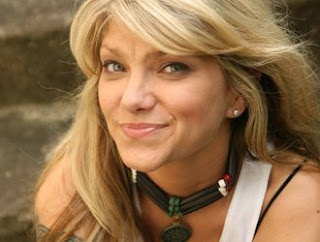 Also noted:
* Lucky 13 by the Paula Nelson Band. Paula is Willie’s daughter. She doesn’t sound much like the old man, but you can hear the DNA in her nasal voice.

She’ll never be as highly regarded as her dad. But then again, Willie can never say he’s worked as Jessica Simpson’s stunt driver. Paula can.

I caught the last part of her set at Austin’s Saxon Pub a couple of years ago (she’s got a weekly gig there, and she went on right before Hundred Year Flood), and I liked what I heard. As this album, released last year, shows, she’s got a blues-rock sound. My favorites are her rockers, like “Standing Tall,” “Fire Below,” and “Baby You’re Mean.” But she also proves she can handle sad songs and waltzes like “Surrender.” I had to check the credits to make sure that wasn’t a Willie tune.

Most of the songs are original, but there are a few covers. Her rocking version of the Lee Hazelwood/Nancy Sinatra, Johnny Cash/June Carter hit “Jackson” is pretty decent, but much better is her take on a lost Rickie Lee Jones gem, “Easy Money.”

My biggest beef is with her selection of “Angel From Montgomery.” John Prine wrote it; Bonnie Raitt turned it to a wimp-rock classic; and Paula Nelson didn’t need to cover it.