OPENING THEME: Let it Out (Let it All Hang Out) by The Hombres
Bless You by The Devil Dogs
Lover's Gold by The Dex Romweber Duo
Preacher and the Bear by The Big Bopper
Rebellious Jukebox by The Fall
If I Had a Son by Lone Monk
Coffee Date by Wild Billy Childish & The Musicians of the British Empire
Wildcat Tamer by John Schooley & His One-Man Band
One Monkey Don't Stop No Show by Big Maybelle
Cleo's Mood by Junior Walker & The All-Stars
Dead on Arrival by Jay Reatard
Vanity Surfing by Jesus H. Christ & The Four Hornsmen of the Apocalypse

LUX INTERIOR TRIBUTE
All songs by The Cramps unless otherwise noted 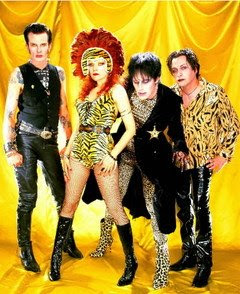