A version of this was published in The Santa Fe New Mexican
February 13, 2009

You want a silver lining for this economic crisis? Here's one: hard times often produce great songs. This is a Top 10 list of my favorite tunes about poverty and economic stress. 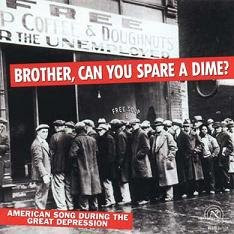 1. "Brother, Can You Spare a Dime?" This Great Depression classic (also known as "Buddy Can You Spare a Dime?"), written in 1931 by Yip Harburg and Jay Gorney — who used a melody based on a Russian lullaby — is the story of a down-and-out World War I veteran. "Half a million boots went slogging through hell, and I was the kid with the drum." Bing Crosby's is the best-known version, but Rudy Vallee also had a hit with it about the same time. But for my dime, the greatest version ever was a bluesy one done in 1992 by Odetta and Dr. John on a charity compilation CD called Strike a Deep Chord: Blues Guitar for the Homeless. Harburg, by the way, went on to write all the lyrics for the songs in The Wizard of Oz.

2. "Busted." The first line tells it all: "My bills are all due and the baby needs shoes, and I'm busted." Harlan Howard wrote it, and Johnny Cash was the first to record it, but the most glorious bust of all was Ray Charles' big-band version in 1963. I'm also fond of the Hazel Dickens hillbilly version on her album Hard Hitting Songs for Hard Hit People.

3. "Inner-City Blues (Make Me Wanna Holler)." This was the angriest song on Marvin Gaye's masterpiece What's Going On. It's the last song on the album, a five-plus-minute cry of frustration about poverty, war, and "trigger-happy policemen." 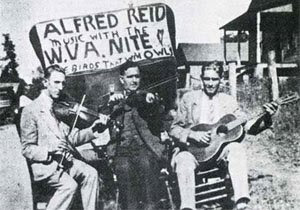 4. "How Can a Poor Man Stand Such Times and Live?" This song was written and recorded in 1929 by West Virginia singer Blind Alfred Reed. According to legend, Reed died of starvation in 1956. Ry Cooder covered this song on his first album, as did Bruce Springsteen just a couple of years ago. But the best version is the rocked-up rendition by The Del-Lords in the '80s.

5. "The Ballad of Hollis Brown." Back in the early '60s, Bob Dylan ripped this murder-suicide from the headlines. I don't know the true story, but in the song, farmer Brown is driven to the desperate deed by starvation. "You looked for work and money/And you walked a rugged mile/Your children are so hungry/That they don't know how to smile." The original version is probably the best, but also worthwhile are covers by the Neville Brothers, Thee Headcoats, and The Pretty Things.

6. "Artificial Flowers." Bobby Darin had a hit in 1960 with this song from a Broadway musical called Tenderloin by Jerry Bock and Sheldon Harnick — who would become famous for Fiddler on the Roof. Tenderloin is about a crusading minister in 1890s New York, and this song tells of the need for some serious crusading.

"With paper and shears, with some wire and wax/She made up each tulip and mum/As snowflakes drifted into her tenement room/Her baby little fingers grew numb. ... They found little Annie all covered in ice/Still clutchin' her poor frozen shears/Amidst all the blossoms she had fashioned by hand/And watered with all her young tears."

Darin turned it into an upbeat swing that belied the horrible story, perhaps to emphasize the "happy ending," in which Annie goes to heaven and gets to wear real flowers. 7. "Hard Times Come Again No More." Stephen Foster wrote this in 1854. Hard times, he says, have "lingered around his cabin door." He also admonishes the well-off not to ignore the poverty around them. "While we seek mirth and beauty and music light and gay/There are frail forms fainting at the door." This tune has been recorded by Dylan, Cash, and Mavis Staples. But my favorite is by a bunch of New Mexico misfits, the Bubbadinos. Mark Weber croaks it with soul, as the Bubbas, backing him on guitar, banjo, tuba, and clarinet, sound like a Salvation Army band in the drunk tank. The overall effect is oddly dignified. It's on the album The Band Only a Mother Could Love. (Check out zerxpress.blogspot.com and click on "The Bubbadinos.") 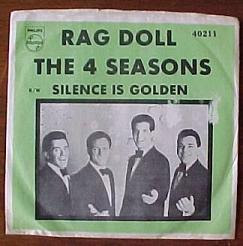 8. "Rag Doll." Not only is this haunting tune by The Four Seasons one of the finest — if indeed not the finest — single ever produced in the history of popular music, the story of how the song came to be is stirring. In his online column "Classic Tracks," Dan Daley quotes Four Seasons member and songwriter Bob Gaudio:

"I was driving into [Manhattan] for a session and I got stopped at Eleventh Avenue, which back then seemed like the longest traffic light in the world, like three minutes long. ... If you got stopped there, you'd have these homeless people come up and try to wash your windshield for spare change. I saw this hand come up to my windshield and connected to it was a woman whose clothes were all tattered and who had this dirty face, like something out of Oliver. .. I didn't have any change on me. All I had was a ten-dollar bill, so I gave it to her. I drove off and saw her in the rearview mirror just staring at it. That image stayed with me."

9. "I'm Goin' Down the Road Feelin' Bad." Woody Guthrie is often credited for this song, which plays on the archetype of the happy-go-unlucky hobo. But there are versions that go back to the 1920s — and, I suspect, further. My favorite version is Doc Watson's 1973 take, in which the protagonist is plagued by hard luck, cruel jailers, shoes that don't fit, and climates that don't fit his clothes. He's determined though, and he "ain't gonna be treated this way."