A version of this was published in The Santa Fe New Mexican
July 24, 2009 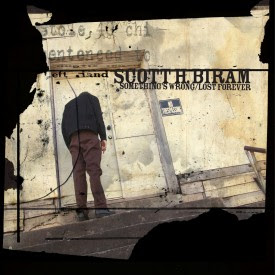 The album starts out with a desperate voice mail to a friend from the singer, who claims he’s being held as a prisoner at some hospital. The first actual song, “Hospital Escape,” starts out with strains of a slow church organ before Biram comes in with his trademark distorted vocals on a simmering blues with the paradoxical refrain, “Time flies when you’re going down slow.”

Overall, Biram continues to live up to the promise of the title of perhaps his greatest early tune, “Blood, Sweat, and Murder.”
On the new album, Biram goes nuts with the over-amped five-minute blues cruncher “Hard Times” (aided by John Wesley Meyers with terse organ accompaniment). On the hard-driving “The Wishing Well,” you can’t tell what he’s singing, but when you hear the police sirens come in toward the last of the song, you know some kind of trouble is afoot. And “Feel So Good,” a Big Bill Broonzy song sounds like Hound Dog Taylor on a gas-huffing high.
But there are several songs here that could almost be described as (gulp) “pretty.” That’s certainly the case with “Still Drunk, Still Crazy, Still Blue,” a sweet honky-tonker that George Jones could absolutely kill. “Draggin’ Down the Line,” featuring Biram on acoustic guitar, is a “life on the road” tune that finds the singer in a reflective mood. And though “Wildside” features a delightfully obnoxious grungy electric guitar, it can’t hide a very soulful melody.
Biram gets philosophical in the harmonica gospel tune called “Ain’t It a Shame.” Written by 1940s gospel star Elder Roma Wilson, it’s a simple call for peace, racial harmony, and getting right with God. Biram sounds sweet and sincere.
But Biram sounds more natural in the following song, “Judgment Day.” It’s a blues apocalypse with lyrical references to Jesus, Buddha, Hitler, Frankenstein, the Ku Klux Klan, and the boogie man.
This is American music at its crazy finest.
Also recommended: 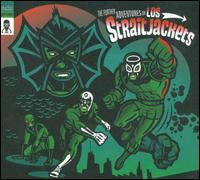 * The Further Adventures of Los Straitjackets. Following their excellent Rock En Espanol, Vol. 1 — which featured the masked men from Nashville backing Cesar Rosas of Los Lobos, Little Willie G. of Thee Midnighters, and Big Sandy of the Fly-Right Boys on Chicano rock classics — Los Straitjackets return to their bread and butter with an impressive set of guitar instrumentals. Lead guitarist Eddie Angel and the boys carry on the tradition of Link Wray, Dick Dale, and The Ventures.
My favorite on this collection is “Teen Beast,” in which the jungle drums of Jason Smay nearly overshadow the guitars. Also steaming with bitchenicity is “Tubby,” featuring sax by “Kaiser” George Miller and some downright hairy fuzz guitar. And they get nice and garage-y in “Blow Out,” with guest fuzz-bassist Jake Guralnick.
“Catalina,” in which Angel shows his mastery of the whammy bar, might be the prettiest song Los Straitjackets have recorded since they covered “My Heart Will Go On” (yes, Céline Dion’s love theme from Titantic) a decade ago. Another suave slow dance is “Mercury,” which might remind you of ancient surfy theme songs from The Endless Summer or A Summer Place.
Cajuntopia: Old Cajuns, young Cajuns, real Cajuns, fake Cajuns. In recent months three new albums of good stompin’, screechy fiddled, accordion zingin’ Cajun music have crossed my path. Here’s a glance at those: * Alligator Purse by BeauSoleil. Michael Doucet and band have been recording for nearly 35 years, but they still manage to sound fresh. That’s no surprise to anyone who has seen BeauSoleil’s live shows.
There’s not a weak spot on this album. BeauSoleil performs some classic bayou tunes such as “Bosco Stomp” (which Doug Kershaw fans will recognize as the melody of “Cajun Stripper”).
The group does a Cajun version of R & B on “Marie” and “I Spent All My Money Loving You” (feat the instantly recognizable Garth Hudson of The Band on organ). And even though Natalie Merchant usually sounds like an art-school waif, when she sings with Doucet on “Little Darlin’ ” she sounds outright hillbilly. (And that’s John Sebastian of The Lovin’ Spoonful on harmonica on that track. 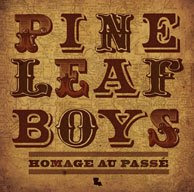 * Homage Au Passé by The Pine Leaf Boys. Here’s evidence that Doucet and other middle-aged purveyors of Cajun music have been successful in their mission to keep the flame of this sound alive.
The Pine Leaf Boys are a youthful quintet from rural southwest Louisiana led by Wilson Savoy and Cedric Watson. They play good old Cajun dance music, sung in Cajun French. While traditional, the Pine Leafers know how to rock.
Their best songs are the up-tempo romps like “Country Playboy Special” and the zydeco-sounding — actually it almost sounds like Cajun rockabilly — “J’suis Gone Pour Me Saouler,” although the waltzes like “Newport Waltz” and the acoustic “T’es Pas la Même” sound mighty nice too. 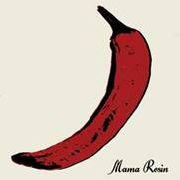 * Brule Lentement by Mama Rosin. The cover of this CD will catch the eye of Velvet Underground fans. It looks like a red version of Warhol’s banana, which graced the cover of the Velvet’s first album. But on second glance, it’s a cayenne pepper.
This is Swiss punk Cajun from the irascible Voodoo Rhythm Records. But the punk element shouldn’t imply that the members of Mama Rosin are disrespectful to Cajun and zydeco traditions. The love they have for this music is obvious at every turn. They just play it a little faster most of the time.
Actually, I think BeauSoleil would sound pretty good playing “You Stole My Motorcycle” and it’s not even a stretch to imagine The Pine Leaf Boys doing “When the Police Came.”

Here's a video of Elder Roma Wilson singing "Ain't It a Shame" and other gospel clips.