TERRELL'S TUNE-UP: THE MUD, THE MUSIC

A version of this was published in The Santa Fe New Mexican
August 7, 2009 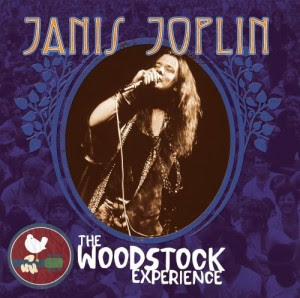 Who can forget the unforgettable sounds of the Woodstock Music & Art Fair, held in Bethel, New York, 40 years ago this month? The immortal music of Sweetwater, Bert Sommer, Quill, the Keef Hartley Band ...
In honor of (read “to cash in on”) the event, Legacy Recordings, the reissue wing of the Sony/BMG empire, recently released five double-CD sets of some of the music of other artists who performed at Woodstock: Janis Joplin, Jefferson Airplane, Santana, Sly & The Family Stone, and Johnny Winter. Each package is subtitled The Woodstock Experience.
The sets include the artists’ complete Woodstock performance, plus the album each artist had out around the time of Woodstock. Even though I don’t put much stock in phony anniversary nostalgia, I have to say that most of the live recordings on these releases are pretty darn rockin’. The majority of the Woodstock performances are previously unreleased, so it’ll be a new listening experience for those of us who didn’t brave the mud and traffic in 1969.
Besides, it’s still about four months away from the 40th anniversary of Altamont.
Here’s a look at the new Woodstock packages:
* Janis Joplin. Back in 1969, Janis faced a lot of criticism for leaving her good old psychedelic San Francisco blues band Big Brother and The Holding Company to go “solo.” Basically, she traded the hippie slop of her old group to front a much smoother pumped-up soul brigade called the Kozmic Blues Band (Sam Andrew of Big Brother stuck with her through both outfits).
Perhaps because of the backlash, Janis’ album I Got Dem Ol’ Kozmic Blues Again, Mama! was underrated at the time. To these ears, it still sounds vital. And the live versions of the Kozmic Blues songs sound even better. Janis kicked off her Woodstock set with a Stax rouser called “Raise Your Hand” that opens with a tasty workout of the horn section.
Heck, Janis even managed to squeeze the ever-lovin’ soul out the sappy Bee Gees tune “To Love Somebody.”
Janis threw in a few Big Brother classics — “Piece of My Heart,” “Summertime,” and of course, Big Mama Thornton’s “Ball and Chain,” on which the horns, especially the sax, add new dimensions without losing any of the intensity of her original guitar-based version.
The one slow point here is a cover of Otis Redding’s “Can’t Turn You Loose” sung by her baritone-sax man, Snooky Flowers. It’s not a bad version. Just kind of generic. Maybe it’s just me, but I can’t hear the horn riff of this song without thinking of The Blues Brothers. 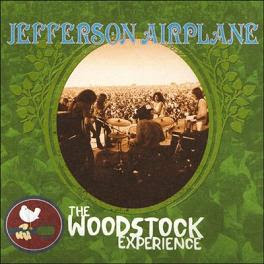 * Jefferson Airplane. Unfortunately for the Airplane, its 1969 studio album, Volunteers, was among the group’s weakest. Except for Jorma Kaukonen’s take on the hymn “Good Shepherd,” much of the rest of the album sounded like dated radical polemics or weak country rock (with lyrics such as “Got a revolution, got a revolution” and “We are all outlaws in the eyes of America”).
But then there’s the live show. In concert, the Airplane tore it up. Grace Slick and Marty Balin’s vocals soared, and Jorma’s guitar blazed. Most of it still sounds fresh. At Woodstock, due to weird scheduling problems, the Airplane went on around sunrise. Grace, as seen in the Woodstock movie, aptly dubbed it “morning maniac music.”
The Airplane apparently played longer at Woodstock than the other acts. The live material couldn’t be contained on one CD, so it actually starts on the Volunteers disc.
You know you’re in for a treat when the musicians start off with their intense version of Fred Neil’s “The Other Side of This Life,” one of the group’s most underappreciated tunes. (It has only appeared on their live albums.) Other highlights included Balin’s “Plastic Fantastic Lover” (a song that’s a zillion times better live than on 1967’s Surrealistic Pillow), the apocalyptic “The House at Pooneil Corners,” and a fired-up take on their hit “Somebody to Love.”
The only clunkers here are some of the songs from Volunteers. The worst is “Wooden Ships,” a song Crosby, Stills and Nash also performed at Woodstock.
* Santana. It’s hard to believe that when Santana played Woodstock, the group was virtually unknown. The text on the CD cover of the live set that calls this a “career-making performance” isn’t just hype.
These days “Evil Ways,” “Jingo,” and “Soul Sacrifice” (the Santana song that was in the Woodstock movie) seem like part of our shared musical DNA — especially for those of us who grew up in Santa Fe. But imagine how it sounded to ears unaccustomed to this music back in 1969 — the seamless blend of Mexican sounds, salsa, blues, and psychedelia. It’s still pretty darn amazing.
Carlos Santana has been through countless band changes, but for me, this original one was his best. Santana’s first album (self-titled, with the lion on the cover) came out after Woodstock. Almost all the songs are the same. While the studio album was excellent, the live ones work best for me.
* Sly and The Family Stone. Even though Sly was no stranger to hit records by 1969, his Woodstock show could also be considered a “career-making performance.” Too bad that career came crashing down not long afterward.
At Woodstock, Sly came out blazing with a nearly eight-minute version of “M’Lady” and doesn’t seem to take a breath for 50 minutes or so. Mainly it’s his hits (you saw “I Want to Take You Higher” in the Woodstock movie), including several tunes from his then-current album Stand.
Sly was one of the great funk captains of human history. I still don’t completely understand why he choked. 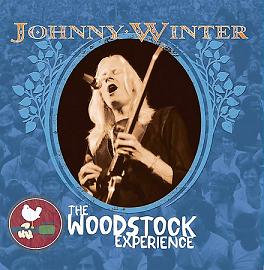 * Johnny Winter. Being an albino, Johnny is the whitest of all the white bluesmen. But this Texan was full of fire and fury. He was raw, soulful and in fine form at Woodstock.
His live version of “Leland Mississippi Blues” is stinging, while the almost 11-minute stomper “Mean Town Blues” shows his skill on slide guitar.
There are also three tunes featuring his brother Edgar Winter, who would have a successful career in the ’70s.
at August 06, 2009