BLOGOCIDE: THE CAT STRIKES BACK 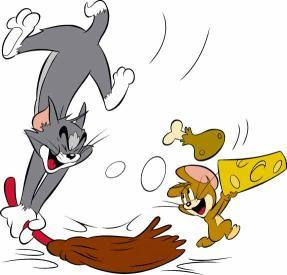 In the great cat-and-mouse game known as the digital music revolution, the cat struck back last week.
As The Guardian (UK) reported:

In what critics are calling "musicblogocide 2010", Google has deleted at least six popular music blogs that it claims violated copyright law. These sites, hosted by Google's Blogger and Blogspot services, received notices only after their sites – and years of archives – were wiped from the internet.

The law being invoked here is the Digital Millennium Copyright Act (DMCA). The blogs in question are Pop Tarts, Masala, I Rock Cleveland, To Die By Your Side, It's a Rap and Living Ears.
Of those, Samuel Axon on Mashable wrote, "Each was dedicated to introducing music fans to new songs and genres they might not otherwise experience, usually from obscure and independent artists."
The Guardian says:

Although such sites once operated on the internet's fringes, almost exclusively posting songs without permission, many blogs are now wined, dined and even paid (via advertising) by record labels. After the success of blog-buzzy acts such as Arcade Fire, Lily Allen and Vampire Weekend, entire PR firms are dedicated to courting armchair DJs and amateur critics.

U.K.-based Web-scouring copyright detective Web Sheriff will soon open its first U.S. office, no doubt spurred by its success in policing the Web for unauthorized mp3 leaks. Music bloggers are bracing themselves for a new round of scrutiny, and are taking measures to prevent the RIAA from working its way into their music blogs.

“When we receive multiple DMCA complaints about the same blog, and have no indication that the offending content is being used in an authorized manner, we will remove the blog.”

Yesterday there was an update that said:

We looked into this issue further and identified one case where a blogger did not receive notification of any DMCA complaints before their blog was removed. We're sorry about this.

We've contacted the blog owner and restored their blog, effective immediately ... We know the DMCA process can be difficult to navigate, and we're working on ways to make this process as smooth as possible.