A version of this was published in The Santa Fe New Mexican
March 12, 2010

If you get an emotional surge of patriotism in your soul when you hear the phrase “Remember the Alamo,” chances are you might not care for the new album by The Chieftains and Ry Cooder.

Or at least the subject matter. While some might not like the idea of celebrating those who fought hard against this country, it’s difficult to imagine that anyone could be unmoved by at least some of the wondrous collaboration that is San Patricio. Once you get swept into chief Chieftain Paddy Moloney’s magic, you might come dangerously close to forgetting the Alamo. 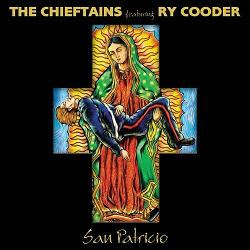 The inspiration behind this album is the story of the San Patricio Brigade, a band of predominantly Irish (although there also were a good number of German) immigrants, many of whom deserted the U.S. Army and joined the Mexican army to fight during the Mexican-American War.

Moloney and Cooder recruited their own brigade of musicians including Mexican band Los Tigres del Norte and Mexican American songbirds Lila Downs and Linda Ronstadt, as well as Irish actor Liam Neeson to record this tale. And there are lesser-known groups including Los Folkloristas and Los Cenzontles.

“If the Mexicans were there, there must have been music. I know for myself, if the Irish were there, there most certainly would have been music.” That’s what Moloney writes in the liner note of San Patricio. And he and his collaborators show what a sweet mix traditional Irish and Mexican music can be. Uilleann pipes and tin whistles play Mexican melodies. Mariachi mixes with Celtic themes. At one point, the "Mexican Hat Dance " becomes a jig.

Not all of the tunes deal directly with the San Patricios. In fact, “Persecución de Villa,” in which The Chieftains are joined by Mariachi Santa Fe de Jesus (Chuy) Guzman, is about Pancho Villa and the Mexican Revolution, which occurred more than 60 years after the Mexican-American War.

History lesson: In this country, the San Patricios were known as traitors. In Mexico, they are considered heroes who fought an invading Army. The war, derisively called “Mr. Polk’s War” (after President James K.), was controversial. Even Gen. Ulysses S. Grant, who served as an Army lieutenant during the conflict, sounded almost like Dennis Kucinich when he wrote in his memoirs, “To this day [I] regard the war, which resulted, as one of the most unjust ever waged by a stronger against a weaker nation.” The American Army suffered a desertion rate of more than 8 percent — more than for any other American war.

According to historian Martin Paredes, “Although the American Army was composed of recent immigrants, discrimination permeated through the ranks. Catholic prejudice and harsh treatment by Anglo-American superiors and the use of extreme disciplinary measures such as flogging added to the reasons for the desertions from Taylor’s ranks. ‘Potato heads,’ as the Irish were commonly called, were particularly singled out for harsh treatment.”

In a song called “Sands of Mexico,” Cooder sings, “ Now the Army used us harshly, we were but trash to them/Conscripted Irish farmers/Not first class soldier men/They beat us and they banged us/Mistreated us, you know.”

No, this was no picnic time for potato heads.

According to an article presented online by the Texas State Historical Association, “The Mexican government, aware of prejudice against immigrants to the United States, started a campaign after the Mexican War broke out to win the foreigners and Catholics to its cause. ... Mexican propaganda insinuated that the United States intended to destroy Catholicism in Mexico, and if Catholic soldiers fought on the side of the Americans, they would be warring against their own religion.” 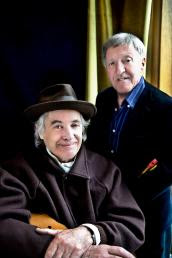 The San Patricios were led by Sgt. John Riley, an Irish immigrant who had deserted the U.S. Army and fought hard for Mexico. But they made their last stand at the Battle of Churubusco (a name that came from the Aztec word meaning “Place of the War God”) in August 1847. Out of 260, only 75 survived. They killed at least 137 American soldiers and wounded nearly 900.

“We went down to Churubusco, but the devil got there first,” Cooder sings in “Sands of Mexico.” Many of the deserters were hung. “As I stand upon the gallows, it cheers the soul to know/History will absolve us on the sands of Mexico,” Cooder sings.

But Riley was in for a fate some might think worse than death. He was forced to dig the graves of some of his compatriots. He also received 50 lashes and was branded with the letter "D" (for "deserter") on his face — twice, actually. According to www.AmericanHeritage.com, “Since the letter was seared on upside down the first time, it was righted in a second branding.” Two years later, Riley would sue over this punishment, but a jury in Cincinnati ruled in favor of the government.

Again from Neeson in “March to Battle”: “We’ve disappeared from history like footprints in the sand/But our song is in the tumbleweeds and our love is in this land/But if in the desert moonlight you see a ghostly band/We are the men who died for freedom across the Río Grande.”

On a lighter note: My favorite Irish tune in recent weeks can be found on Black 47’s new album Bankers & Gangsters.

Leader Larry Kirwin sings, “One evening while out strollin’ a friend I chanced to see/He was begging behind a bottle on Spring and Bowery/He said ‘I got some news for you, only cost a couple of bob/About a buried treasure back home in Ballydehob.’ ”

I’ll say no more, except “Purple Haze” never sounded so good on uilleann pipes.
at March 11, 2010