OPENING THEME: Let it Out (Let it All Hang Out) by The Hombres
Sister Hell by Thinking Fellers Union Local 282
Two Bottles of Wine by The Rev. Peyton's Big Damn Band
Funnel of Love by The Fall 2:58
White Lies by Purple Merkins
Georgia Stomp by Barrence Whitfield
Shakin' All Over by Johnny Kidd & The Pirates
Woody on a Safari by The Silly Surfers
Outkast by The A-Bones
I Saw A Ghost (Lean) by The Black Lips 2:52
You're Breaking My Heart by Nilson

Smokestack Lightning by Howlin' Wolf
Down The Road by The Monsters
Julio Iglesias by The Butthole Surfers
Flat Shoes, High Heels by Cyco Sanchez Supergroup
Nerves by Thee Fine Lines
Sookie Sookie by Steppenwolf
Hairy Eyeball by The Dirtbag Surfers
Haunted House by Sam the Sham & The Pharoahs
Do the Trouser Press by The Bonzo Dog Band 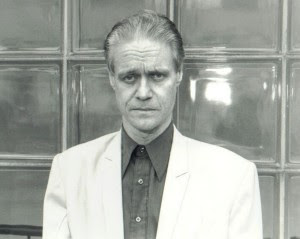 Music Is The Magic by Kim Fowley
Inferno by Johnny C and the Blazes
Underground Lady by Kim Fowley
Fallout by Aston Martin and the Moon Discs
The Rebel by The Players
Eleventh Commandment Of Love by Bonnie and the Treasures
Long Hair, Unsquare Dude Called Jack by The Hollywood Argyles
March Of The Siamese Children by U.S. Rockets
The Trip by Kim Fowley
Night Of The Hunter by Kim Fowley
Worst Record Ever Made by Althea and the Memories

Please Judge by Roky Erikson with Okkervil River
Murder in My Heart for the Judge by Moby Grape
Mondo Bongo by The Electric Mess
Dance Like a Monkey by New York Dolls
Black Shiny Beast by Buick MacKane
Daisys Up Your Butterfly by The Cramps
It's All In the Game by Tommy Edwards
CLOSING THEME: Over the Rainbow by Jerry Lee Lewis
at May 02, 2010