A version of this was published in The Santa Fe New Mexican
May 21, 2010

Are you washed in the blood of The Stooge?
Columbia Legacy’s snazzy re-repackaging and re-remixing (more on that later) of Iggy and The Stooges’ Raw Power serves as a delicious reminder of the primal, visceral assault that was The Stooges.
Hell, Raw Power isn’t even my favorite Stooges album. I’m more of a Fun House kind of guy. But it’s impossible to deny the, well, raw power of this record. Songs like “Search and Destroy,” the bluesy “I Need Somebody,” “Your Pretty Face Is Going to Hell” (originally titled “Hard to Beat”), and, of course, the title tune are nothing short of essential rock ’n’ roll. 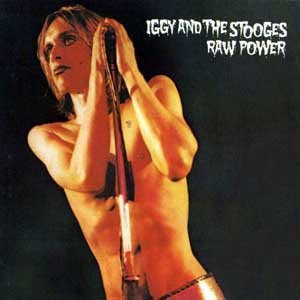 These days, of course, it’s easy to take what Iggy Pop and company were doing for granted. We basically expect rock bands to spill over with Iggy attitude. But think about how wild and dangerous The Stooges sounded in the 1970s, when most of the world was listening to Cat Stevens and Elton John. And keep in mind that while The Stooges are arguably the most influential band of that era, at the time, the group received virtually no radio play and enjoyed only minimal commercial success.
Now Raw Power comes in two forms: a two-disc “Legacy Edition” (which I have) and a $60 three-CD “Deluxe Edition,” which comes with a booklet, a Making of Raw Power DVD, suitable-for-framing photos, and other fancy stuff.
When the album was originally released in 1973, The Stooges had been resurrected and reconstituted. There was a new guitarist, James Williamson. Original guitarist Ron Asheton was reassigned to bass. And David Bowie was in charge of mixing the album. The group was called “Iggy & The Stooges” instead of just “The Stooges.”
But in 1997, Iggy decided to remix Raw Power, perhaps a belated response to fans and critics who thought that the Bowie mix was too thin. The new release has the original Bowie mix. I’m not too sure why. I guess that’ll make the 1997 version a collectors’ item.
I’ll leave it to the audiophiles to debate the merits of the two mixes. For me, the coolest thing about this new package is the second CD, most of which consists of an October 1973 concert in Atlanta. It’s called Georgia Peaches, which is how Iggy referred to the women at the show.
The band is in great form and Iggy’s rapport with the audience is sweet and warm. (“Hey, you want to get your little [expletive deleted] face punched out, little cracker boy?” he taunts one apparent heckler. “Come on up here! Come up here. I’m sick of your [expletive deleted]!”)
The group plays a lot of songs from the original Raw Power, including a meatier version of “Gimme Danger,” which stretches out to nearly eight minutes, and a “Search and Destroy” that’s more intense than the studio version. There are also tunes that would appear on The Stooges’ infamous live self-destruction exhibition immortalized on the album Metallic K.O. — “Cock in My Pocket,” “Heavy Liquid,” and a 10-minute slow burner called “Open Up and Bleed,” which served as the grand finale of the concert.
“And it ain’t for sale, baby,” Iggy proclaims at the end of the song. “No!”
They can repackage and remix it all they want. But indeed, the spirit of The Stooges can’t be bought or sold.
Also recommended: 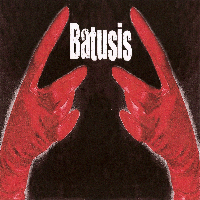 * Batusis by Batusis. This has to be the surprise supergroup of the year: Sylvain Sylvain of the New York Dolls paired with the mysterious Cheetah Chrome, formerly of The Dead Boys. And the sidemen aren’t slouches either — bassist Enzo Penizzotto and drummer Thommy Price, both of Joan Jett’s Blackhearts.
The group is named for the dance that Adam West did with Jill St. John in the first episode of the Batman television series. And the result is, not surprisingly, rocking. My only complaint is that this CD is just a four-song EP.
There are two instrumentals — Davie Allan & The Arrows’ “Blues Theme” and one called “Big Cat Stomp.” Then Syl and Cheetah each get a tune.
Mr. Chrome’s big moment here is “Bury You Alive,” a dark protest tune with the line “See the towers fall/Send the kids to war ... in the desert kids are dying for the lies you told/Some day you’ll have hell to pay, but t a long way down the road.”
That’s probably not going to be as controversial as Sylvain’s “What You Lack in Brains,” a lusty ode to a female individual whose lack of smarts can be overlooked thanks to her other attributes.
I think these guys did this project for the sheer fun of it. And that’s a good thing. This little EP is far more fulfilling than the last New York Dolls reunion CD. I just hope the musicians had enough fun to want to do a full album. Come on Syl and Cheetah, you could at least do a cover of Nelson Riddle’s “Batusi A-Go! Go! (I Shouldn’t Wish to Attract Attention)” from the Batman TV soundtrack album. 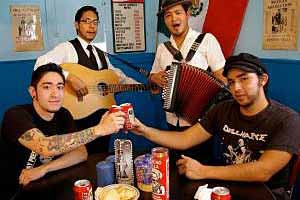 * Plethora by Piñata Protest. Piñata Protest is a San Antonio band that mixes Tex-Mex with metal licks and punk energy. And it works! Alvaro Del Norte sings like a Mexican Shane MacGowan and plays accordion while the other Protesters explode around him.
Born in Mexico, Del Norte said he grew up hating the music of his parents. But now he lists Los Tigres del Norterte as an influence right beside The Clash and the Sex Pistols.
My favorite here is “Campesino,” played at breakneck speed. Also cool is “Denied Rights.” It starts off with the “Mexican Hat Dance,” but by the end, the group is stomping all over the sombrero.
I see on the band’s MySpace page under the “upcoming shows” section, PP lists a New Mexico show on Aug. 9 — with no specific city or venue. It sure would be cool if someone around here booked the group on that night.
at May 21, 2010