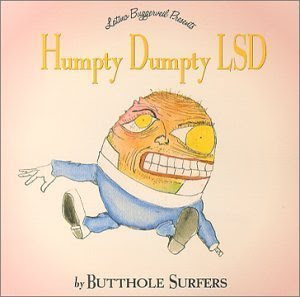 * Humpty Dumpty LSD by The Butthole Surfers. Here they are, in all their Butthole splendor.
This is a 2002 collection of Surfer rarities and obscurities, culled from long-forgotten compilations and dusty recording studio shelves.
Most of the tracks here should remind Butthole Surfer fans why we love them in the first place. Crazy noise, psychedelic guitars, industrial strength percussion. It's New Year's Eve in the Nuthouse. They're coming to take you away, ha ha!
"One Hundred Million People Dead" is a living nightmare with a funky bass line. "I Love You Peggy" probably sent Peggy running. "I Hate My Job" is raw punk-rock and probably makes both Sid Vicious and Johnny Paycheck smile from Beyond. The opening piano chords banging in "Hetero Skeleton" recalls Frank Zappa's "The Chrome Plated Megaphone of Destiny."
Listen close and you can hear Daniel Johnston on "All Day," though he's buried in the thick mix. And there's a 13th Floor Elevators Cover, "Earthquake," that originally appeared on a Roky Erikson tribute album, Where the Pyramid Meets the Eye. 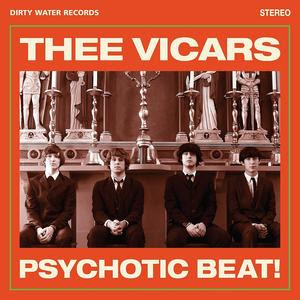 * Psychotic Beat! by Thee Vicars. After listening to The Butthole Surfers, Thee Vicars doesn't really sound all that psychotic.
But this is a pretty decent little British garage band. You can easily detect their influences -- The Kinks and The Standells among them. And singer Mike Whitaker sounds like The Troggs' Reg Presley with a sinus condition.
Here's something cool: Thee Vicars are playing the Eysines Goes Soul Festival this month in France with The Standells, The Zombies and Charles Walker & The Dynamites. My kinda show! 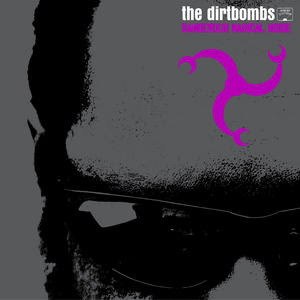 * Dangerous Magical Noise by The Dirtbombs. This is the third album from Detroit's premier rock 'n' soul band. It kicks off with a high-charged tune called "Start the Party" ... and the party never ends. To use my podcast pal Michael Kaiser's favorite word, every one of these tunes is a pounder.
Highlights here include "Motor City Baby," (which has a little T Rex in it), "I'm Through With White Girls," and "Stuck in Thee Garage," a nod at being pigeonholed in the genre game.
Displaying the group's wide array of influences, this version of Dangerous Magical Noise includes a cover of a Robin Hitchcock song ("Executioner of Love") and a Brian Eno tune, "King's Lead."
Just about all the reviews of this album I've read stresses that coming right after the soul-soaked Ultraglide in Black, (the first Dirtbombs album I ever heard), this was supposed to be a hard rocker. But the thing is I find such such distinctions useless. Frontman Mick Collins has soul in his voice that comes through on just about every song. But he's rocker at heart -- and that was true on Ultraglide as well.
PLUS: 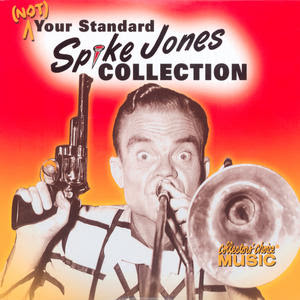 *13 songs from (Not)Your Standard Spike Jones Collection. Sometimes the only music that makes any sense to me at all is that of Spike Jones. I was hooked as soon as I heard the first pistol fired in "Cocktails for Two."
With perfect comic timing (and impeccable musicianship) Jones skewered the classics as well as the hot hits of his era. Descriptions of his stage shows sounds like Vaudeville gone berserk -- jugglers, midgets, honking horns, bells, whistles, farting trombones, crazy homemade instruments (a toilet seat with strings), and usually a beautiful blonde playing harp.
Jones became famous for his anti-Hitler song "Def Fuhrer's Face" back in 1942. One of the tracks I downloaded here was directed toward another member of the Axis -- "You're a Sap, Mr. Jap." (Yes, politically incorrect, but hey, we were at war and they did bomb us ...)
I downloaded a few cockeyed cowboy songs here like "Dodging a Gal From Dodge City," "Barstool Cowboy, " and "Big Bad Bill" (from the Badlands), And there's a fine little polka full of slide whistles and horn honks, called "City Slicker Polka."
But I think my favorites here are American chestnuts like "Hi Neighbor" and "Toot Toot Tootsie Goodbye." Jones makes them even chestnuttier.
This is a gigantic collection - 88 songs. I already had a bunch of them from the Rhino box set that was released in the '90s. But there's still plenty I don't have, so this'll be a musical well on eMusic I'll be drawing from in months to come.
* "Billy Richardson's Last Ride" by Grandpa Jones. I just wish I'd found this before I wrote that column suggesting theme songs for our governor's presidential campaign.
at June 09, 2010