A version of this was published in The Santa Fe New Mexican
August 20, 2010 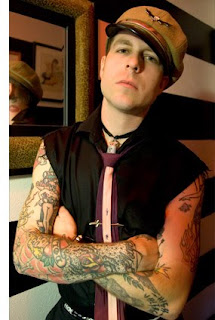 Be careful if you listen to the album Reform School Girl by Nick Curran & The Lowlifes while operating a vehicle at night. Those of you old enough to remember 1950s radio might slip into a reverie. If you get caught up in the spirit, you may think you’ve traveled back in time to when crazed DJs unleashed their sinister communist plot of corrupting America’s youth by playing wild, primitive sounds oozing with sex and rebellion.

No kidding. Nick Curran plays some of the roughest, rawest R & B/rockabilly this side of Barrence Whitfield. Raspy voice, banging piano, wailing sax. A guitar that sounds as if Chuck Berry used it in voodoo rituals. And Curran is coming to Los Alamos on Friday night for a free outdoor show.

After being blown away by Reform School Girl, I was shocked to learn that Curran wasn’t even alive in the ’50s. Or the ’60s. Or even most of the ’70s. Also he’s from Maine, a state I admit I don’t know that much about, but I never associated it with gritty rock ’n’ roll.

But Curran has an impressive musical résumé. While still a teenager in the late 1990s, he was in rockabilly titan Ronnie Dawson’s band. Later he toured with Texas rockabilly princess Kim Lenz and honky-tonk hero Wayne “The Train” Hancock. He was also a member of The Fabulous Thunderbirds and the roots-punk group Deguello.

While Curran’s previous albums have more of a contemporary blues sound, this one is low-fi all the way. He seems to be channeling the ghosts of Gene Vincent and Screamin’ Jay Hawkins. Among the highlights are “Psycho” (not The Sonics’ classic but an equally hopped-up thumper); the slow, spooky, greasy, sleazy “Dream Girl,” which sounds like it’s waiting for a David Lynch movie to pick it up; and “Lusty Lil’ Lucy” (the title says it all).

He even does a retro-rock version of an AC/DC song, “Rocker,” though this sounds a lot closer to Little Richard than Angus Young.

And one of my personal favorites here is “Flyin’ Blind,” a duet with Blasters frontman Phil Alvin, who’s still in fine form.

Despite his primitivist leanings, Curran also reveals that he’s got a Phil Spector/Shadow Morton side. The song has a distinct “Leader of the Pack” vibe to it. 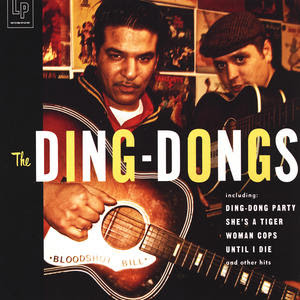 * The Ding-Dongs (self-titled) and $ by Mark Sultan: So you like stripped-down, retro, low-fi stuff? Here’s how they do it in Canada.

Bloodshot Bill is a one-man rockabilly wonder. With The Ding-Dongs, he joins forces with Mark Sultan, aka BBQ, probably best known as half of the King Khan & BBQ Show.

First, some gossip. King Khan & BBQ, following some personal differences while touring in Australia and Korea in June, have split up. So don’t hold your breath for a new KK & BBQ album in the near future. Some good news, though: Bloodshot Bill also occasionally teams up with Khan under the name Tandoori Knights. They have a new album coming out in the next few weeks on Norton Records, the company that is also responsible for The Ding-Dongs.

As for the music on The Ding-Dongs, it’s unabashed, bashing fun. The two principals are joined on some songs by Bloodshot Bill’s crony Cadillac Al. (His solo on “She’s a Tiger” might be his best moment here.)

The sound is closer to what you’d hear on a Bloodshot Bill album than to King Khan & BBQ. It’s less scatological and has a more traditional rockabilly sound. It reminds me a little of Norton Records’ Kicksville series, which features low-fi, scratchy, old rockabilly records by cut-rate Eddie Cochrans at their most spirited. The record starts off with “Ding-Dong Party,” which sounds like a cool place to be.

The Ding-Dongs must like girls in uniform. Among the songs here are “Woman Cops” and “Military Mama,” which owes a musical debt to Johnny Otis’ “Willie & the Hand Jive.”

My one complaint is that Sultan’s amazing voice isn’t at full force here. He’s frequently compared to Sam Cooke and is capable of amazing sounds. He channels Buddy Holly on the tune “Worried Man” and does a respectable job on the countryish “Until I Die.” But nowhere does his voice really soar. 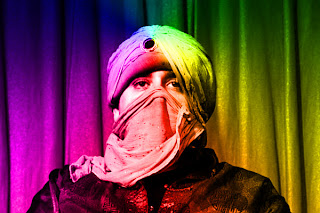 So if you want more Sultan, check out $, his latest solo album, which was released earlier this year. Not only will you hear more Sultan, but you’ll also get a greater diversity of sound.

Compared with his previous solo album, The Sultanic Verses, $ is far more experimental. For instance, the kickoff cut, “Icicles,” is a six-minute-plus opus with a lengthy instrumental section marked by layers of fuzz guitars and faux Middle Eastern music (think “Paint It Black”). The first few moments sound like a Black Sabbath LP warped by the sun. I almost expected Sultan to declare himself to be Iron Man.

“Ten of Hearts” is a vehicle for one of Sultan’s fondest obsessions — doo-wop. That’s followed by “Status,” a fast-paced stomper. Either Bloodshot Bill or, dare I say, King Khan would have fit in nicely on this track. Strangely, the song “Go Berserk” is one of the least berserk songs here. It rocks, though.

As of now, my favorite song on the CD is another doo-wop-fused boiler called “I Am the End.” It begins with Sultan pleading like a wounded soul man with only percussion and what might be a toy piano in the background.

The final track is another six-minute epic. It starts off with some psychedelic madness and throughout has some crazy guitar cacophony brewing in the background. But the basic melody could have been written by Smokey Robinson. And Sultan’s voice is at its soulful best.
at August 20, 2010