THROW AWAY THE KEY! 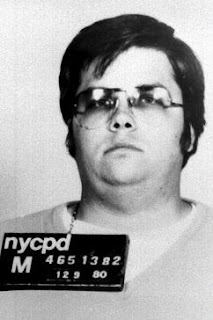 Mark David Chapman, the stalker who murdered John Lennon 30 years ago, once again is seeking parole. The New York parole board has denied this request five times previously.
As she has been in the past, Lennon's widow, Yoko Ono, is opposed. ""I am afraid it will bring back the nightmare, the chaos and confusion once again," Ono wrote in a previous letter to the parole board. "Myself and John's two sons would not feel safe for the rest of our lives."

I don't want Chapman released either. But I'm willing to compromise.

I say transfer him to California's Corcoran State Prison and let him be cell mates with another famous Beatlemaniac: Charlie Manson.