A version of this was published in The Santa Fe New Mexican
September 17, 2010 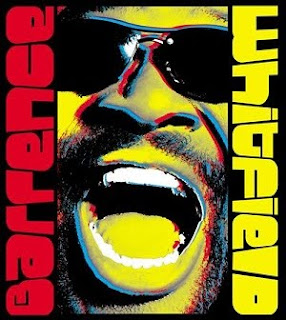 When I heard that Barrence Whitfield & The Savages were coming to New Mexico, three words immediately came to mind: “Ow! Ow! Ow!”

That particular exclamation has become something of a trademark for Boston soul shouter Whitfield. It is the name of one of his albums, and he often uses it to punctuate the messages from his Twitter account. But most important, you can hear him scream, “Ow! Ow! Ow!” when he really gets going onstage, pounding some song into submission.

Fans can expect to hear it more than once when Barrence and his band rip it up at Santa Fe Brewing Company on Friday, Sept. 17, and at Low Spirits Bar & Stage in Albuquerque on Saturday, Sept. 18.

His New Mexico shows represent the first time in nearly a quarter century that Whitfield will play with original Savages guitarist Peter Greenfield (now a Taos resident and guitarist for a garage band called Manby’s Head) and bassist Phil Lenker.

Back in the early 1980s, Whitfield and his Savages were known as one of the wildest acts ever to hit the East Coast. Whitfield’s music draws upon the unfettered rock and R & B of the ’50s — think of an endomorphic Little Richard — even more than the sweaty Southern soul of the ’60s.” According to the All-Music Guide, “Whitfield was a dervish onstage, working himself into such a frenzy of screaming and running around that he would occasionally black out.”

Whitfield verified that in a recent telephone interview. “Some nights my clothes would get ripped to shreds,” he said. “I blacked out a few times. In Baltimore one time I was trying to run up the walls in this club. I ended up kicking a hole in the wall.”

“Afterward, the manager came up, and I thought he was going to tell me we couldn’t play there anymore. But he handed me a pen and asked me to sign the wall where I’d kicked the hole.”

Whitfield was born in Jacksonville, Florida, and moved to New Jersey when he was about 3. His birth certificate gives his name as Barry White, but when he began performing, he took the name Barrence Whitfield to avoid confusion with the ’70s soul giant. 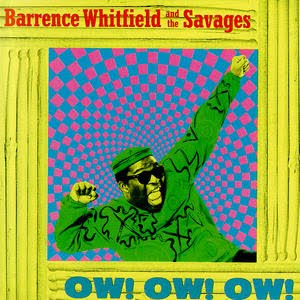 Like so many American kids in the ’60s, he listened to AM radio. “It was a great thing that they played so much variety back then,” he recalled. “You’d hear Frank Sinatra, James Brown, Paul Mauriat (“Love Is Blue”) — all on the same station. Now everything is so controlled.”

The first 45 rpm record he bought was “I’m Losing You” by The Temptations. His first album, he said, was something by Paul Revere & The Raiders. But his first band, he said, was a Funkadelic tribute band called Funkasonics. Whitfield, in high school at the time, played the drums.

He moved to Boston in the late ’70s and set out to study journalism at Boston University. But he got a job at a record store and soon fell in with a crazy crowd of rock ’n’ rollers. “A friend of mine had heard me singing, harmonizing with records we played in the store. He said, ‘A friend of mine is looking for a black rock ’n’ roll singer.’ So I met Peter [Greenberg].”

Greenberg had been the guitarist for Lyres, a Boston neo-garage group that is still in business today, as well as Lyres’ precursor, the punk band DMZ. “He asked if I could sing like Little Richard and Esquerita,” Whitfield said. “I said, ‘Who’s Esquerita?’ ” (Answer: Esquerita was the stage name for R & B maniac Eskew Reeder Jr., who some say was a big influence on Little Richard.) 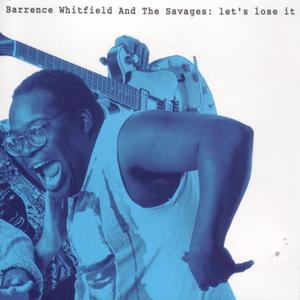 Whitfield credits Greenberg with giving him an education in a musical form that is a huge influence in his music: rockabilly. “I didn’t listen to it much before I met Peter,” he said. “Oh, I knew Jerry Lee Lewis and some others. But Peter made me listen to a lot of old rockabilly like ‘Wild Hog Hop’ by Bennie Hess.” Whitfield then imitated Hess’ hog snorts that grace the song.

Thus were born The Savages. They burned it up with obscure songs like “Mama Get the Hammer,” “Bloody Mary,” “Whistle Bait,” and “Georgia Slop.” The original Savages had broken up by the mid-’80s, after Greenfield decided to go back to school and study environmental engineering.


Whitfield kept the band’s name for a few more albums. In the early ’90s, he decided to stretch musically — to show that he wasn’t just a crazy guy who could shout like Little Richard and James Brown. He wanted to make a country album. A friend introduced him to singer-songwriter Tom Russell, who collaborated with Whitfield on two records. 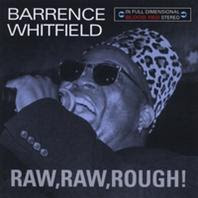 “When we were recording the first one, I realized it wasn’t really country music anymore,” he said. “I said it was turning into something else like voodoo. And Tom said, ‘Hillbilly voodoo.’ ” Hillbilly Voodoo became the name of the album, and Whitfield said it’s still one of his favorites.

But R & B and soul are in Whitfield’s blood, and he’s still making some fine records, such as last year’s Raw, Raw, Rough! And he, Greenberg, and Lenker have booked time later this year in a Cincinnati studio to do a new Savages album. The band’s first album, with a bunch of added live tracks, is soon scheduled for rerelease.

“I really think this is the start of something great,” he said of his renewed partnership with Greenberg. “And it’s starting in New Mexico, of all places.”