A version of this was published in The Santa Fe New Mexican
September 3, 2010

Elusive rock ’n’ roll poet William Blake might be considered something of a one-hit wonder. 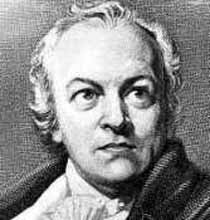 True, folks like Bob Dylan, Jim Morrison, and Patti Smith owe Blake an obvious debt, and Van Morrison actually name-checked Blake and his band The Eternals in “You Don’t Pull No Punches But You Don’t Push the River” on Veedon Fleece. Folkie Greg Brown did a whole album of Blake tunes in the 1980s called Songs of Innocence and Experience, and an Olympia, Washington, band called Arrington de Dionyso and the Old Time Relijun did a version of Blake’s “Tyger” that sounds like Roy Orbison on angel dust.

But Blake’s only work to get much mileage in the rock universe is his poem “Jerusalem,” best known for its treatment by 1970s prog-rock commissars Emerson, Lake & Palmer, who recorded it on their album Brain Salad Surgery. The Mekons recorded it too, though I prefer the trash-rock version by The Fall from the late ’80s.
However, a new version of an old Blake poem (written in 1794) recently emerged. A Poison Tree, the new album by Movie Star Junkies, features a Blake poem as the title cut. “I was angry with my friend:/I told my wrath, my wrath did end./I was angry with my foe:/I told it not, my wrath did grow.” Spoiler alert: The “wrath” grows into a tree, and by the end of the poem, “In the morning glad I see/My foe outstretched beneath the tree.”
That Blake is a heck of a writer. Too bad he’s never made any albums of his own. But I bet if he did, he’d sound a lot like The Movie Star Junkies. They’re a well-read bunch. Their previous (and first) album was a whale of a record called Melville, which featured songs about shipwrecks and crazy obsessions.
The Blake tune is pretty indicative of the rest of this album. Images of murder, torture, and betrayal color the lyrics. “How many nights I got to wait before you put me on a stake?” is the first line of “Leyenda Negra.” Then there’s “Almost a God,” which ends with a religious observation: I admire the devil/For finishes everything.”

And there’s another song about a tree, “The Walnut Tree,” a minor-key romp that sounds like Gogol Bordello paying tribute to Johnny Cash’s chunka-chunka beat. It’s a song of doomed love. My favorite foreboding line: “We danced in a field with ravens and crows.”
The basic MSJ sound is dark but melodic — spaghetti-Western guitars over (a real) Farfisa organ and drums that evoke a marching band. The band proudly cites The Birthday Party as an influence, and you can hear echoes of early Nick Cave in there. The last song, a seven-minute epic called “All Winter Long,” ends in a dense instrumental with fuzzy guitar licks that bring back memories of The Electric Prunes.
The album is barely more than 30 minutes long. But it’s intense enough by the time it’s over that a listener feels like he’s been through a journey.
Also recommended:
*Two-Headed Demon by Urban Junior. Voodoo Rhythm is fond of the one-man-band concept. They’ve red albums by John Schooley and Bob Logg III (both Americans), French wonder King Automatic, and label head Rev. Beat-Man’s masked alter ego Lightning Beat-Man. 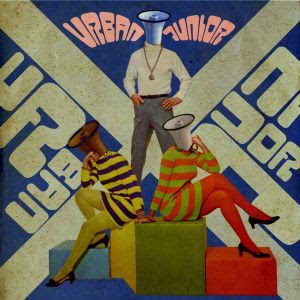 And now comes Urban Junior, who, even by Voodoo Rhythm standards, will amaze you with how much noise one man can produce.

But unlike most of those others listed, Urban Junior doesn’t seem to be following in the footsteps of the late West Virginia madman Hasil Adkins, who created a distinctive one-man country/blues bash sound. Instead,
UJ describes his sound as “Swiss-spankin-electro-trash-garage-boogie-disco-blues-punk” and lists The Beastie Boys as an influence. He fears not the synthesizer. But don’t get the notion that his sound is slick or glitzy. He uses his synth as an assault weapon.

The title cut sounds like invading Huns in a disco massacre. “With the Idiots” is a little more rootsy, at least in the opening moments before the decibels rise. It has what sounds like a theremin solo.

UJ shows his true perversity in the last song, “We Love Urban Junior,” in which a couple of little girls — well, at least they sound like little girls — literally sing his praises, complimenting both his music and his manly physique.
at September 02, 2010