A version of this was published in The Santa Fe New Mexican
September 17, 2010

I probably ought to be more leery of those projects in which rock ’n’ roll bands perform — and in some cases record — song-by-song concerts of one of their old albums.

Lou Reed did it a couple of years ago with Berlin. Van Morrison did it around the same time with Astral Weeks. Roger Waters of Pink Floyd did it with Dark Side of the Moon. Brian Wilson has done it with The Beach Boys’ Pet Sounds as well as with Smile (the concert being released on DVD). I’m sure I’m forgetting some. 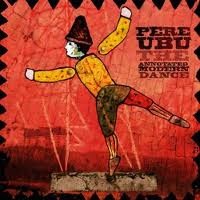 And now comes Pere Ubu, under the direction of Ubu Maximus David Thomas, with The Annotated Modern Dance, a live rerecording (from what their website calls a “semi-pro fan recording”) of The Modern Dance, the group’s first album (1978), and other Ubu smash hits (well, they should have been) from that era, like “30 Seconds Over Tokyo” and “Heart of Darkness.”

I say I should be more leery because trying to re-create an album seems like an attempt to perpetuate the whole “rock is art” heresy. To me rock ’n’ roll is much better when it’s not trying to be art.

The only trouble is, I honestly like most of the examples that I listed above (the ones I’ve heard, anyway). Reed’s Berlin: Live at St. Ann’s Warehouse updated the original with some great background vocals by Sharon Jones (and the addition of an obscure and disturbing Reed tune called “Rock Minuet”). While I don’t have much use for the live Pet Sounds, the Smile concert was a triumph.

And yes, I like this new Modern Dance by Pere Ubu. It might not have the raw ferocity of the original — my dog doesn’t get upset by the shrill noise that starts off the new version of “Non-Alignment Pact,” as he does with the original’s intro. But Annotated still makes me wish I had been at the concert.

Back to the ’70s: Pere Ubu was lumped in with “punk rock” when they first started out. But that’s just because they were noisy, and most people didn’t understand either kind of music.

While it wasn’t that difficult to trace the “punk” roots through The Stooges and The Dolls and the ’60s garage snot-rock that preceded them, Ubu was a different creature altogether. The band probably had more in common with Captain Beefheart, but unlike the good captain, there was no obvious kinship with Howlin’ Wolf and Delta blues.

Ubu sounded truly alien. Some might connect them with fellow Ohioans, Devo. But as much as I love Devo, that band was cartoonlike. Ubu’s music sounded more like transmissions from a planet full of space monsters.

“Chinese Radiation” sounded like a riot in progress on Modern Dance — until it slowed down and sounded like a funeral. “Life Stinks” (written by Peter Laughner, an original Ubu member) could have been the urgent plea of a dying man. And the six-minute dirgelike “Sentimental Journey” (no, not the Doris Day classic) might mark the first time that breaking glass was ever used as a percussion instrument.

Although frontman Thomas is the only original member of Ubu to perform with the group in I don’t know how many years, for this concert he recruited original Modern Dance guitarist Tom Herman, who quit the group circa 1979 (though he returned in the late ’90s for the album Pennsylvania). Too bad they couldn’t get original keyboardist Allen Ravenstine, who perfected all those wacked-out Plan 9 From Outer Space noises on the original album. But “new guy” Robert Wheeler (he first recorded with the band in the mid-’90s) does a decent job on an EML synthesizer. 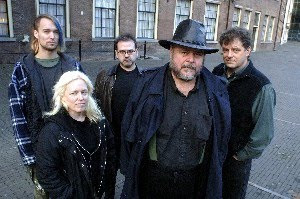 There’s been a lot of crazy music in the past 32 years — a lot of it directly influenced by Pere Ubu — so the new Modern Dance isn’t quite as shocking as it seemed during the first go-round. And yet Thomas’ wild warble still sounds menacing in just about every song. His falsetto isn’t quite as desperate sounding on “Life Stinks” as it was on the original, but still, if you heard it in a dark alley, you’d probably call 911. Even though it has always been hard to decipher all the lyrics, Thomas’ vocals hit you on subliminal levels. Sometimes you laugh; other times you worry about the guy.

Herman has plenty of shining moments here, too. He goes nuts on the slide on “Real World” and even more so on “My Dark Ages.” He propels “Street Waves,” which starts out as a jumpy little rocker and then descends into a forest of noise and feedback, only to return. (Thomas tells us the song was inspired by a used-tire store.)

That’s another point in favor of The Annotated Modern Dance — the inclusion of those early singles. In case anyone forgets that Pere Ubu started out as and remains, first and foremost, a rock ’n’ roll band, treat your ears to songs like “Final Solution,” “30 Seconds Over Tokyo,” and especially “Heart of Darkness.” There’s noise, and there’s weirdness, but there’s also that jungle beat.

The Annotated Modern Dance is available only as a download. You can find it HERE.
at September 16, 2010