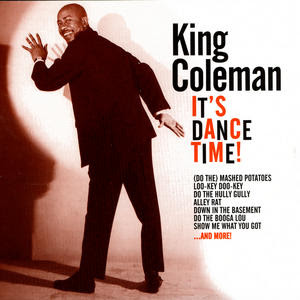 * It's Dance Time! by King Coleman. This is one I've been meaning to download for a longtime. I finally was spurred to do it after Carlton "King" Coleman died on Sept. 11 at the age of 78.

All the "hits" from the late 50s and early '60s are here -- at least they should have been hits. "The Boo Boo Song" is a strange and wonderful thing. He carries on hsi knack for fracturing nursery rhymes in "Three Soulful Mice."

There's "(Do the) Mashed Potatoes" -- to which Joey Dee and The Starliters later added hot pastrami. There's Coleman's sequel "The Mashed Potato Man" and other dance craze ditties like "Do the Hully Gully," "Do the Booga-Lou" and "Let's Shimmy." He sums it all up in the title song where he commands his hypnotized legions on the dance floor to all of these and more.

Just about every one of the tracks here sounds like a party I wish I'd have gone to. 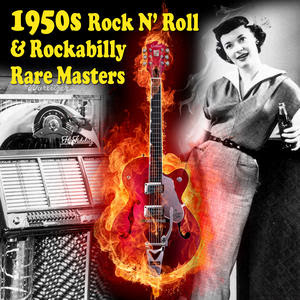 * 1950s Rock N' Roll & Rockabilly Rare Masters. Another great eMusic bargain compilation. Fifty six tracks for 12 credits. (I picked up the Hasil Adkins track "Ducken" last month. It's still one of my favorites on this album.)

These masters are rare. I only had one of them, "You Shake Me Up by Andy Anderson. (I wrote about him last year. He's a Mississippi rockabilly who used to live in Taos, N.M.)

Besides Adkins, the most recognizable names here are Freddy Fender, whose "Mean Woman" is included here, and Rudy "Tutti" Grayzell, whose "Duck Tail" should have been a universal anthem of the greasy '50s.

Then there's a guy named Creep. I've known lots of creeps, but not this one. There are two tracks by him, including "Betty Lou's Got a New Tattoo," later covered by The A-Bones. And if you're lookin' for a song to remind you of Elvis' "Trouble," you've come to the right place with Creep's tune "I'm Wise." 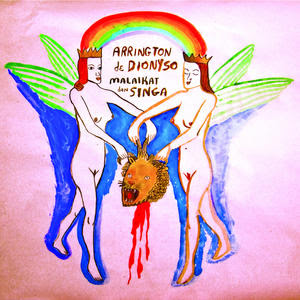 * Malaikat dan Singa by Arrington de Dionyso. Last month I downloaded Varieties of Religious Experience: 1993-2003 by de Dionyso and the Old Time Relijun. This newer album by de Dionyso if anything is even wilder.

On this one he's singing in the Indonesian language translated lyrics of William Blake and Zohar. But this is no intellectual excercise. This stuff rocks!

The first song, "Kedalaman Air," reminds me of a frantic version of The Talking Heads' "Psycho Killer" with a feral fuzztone guitar. The next one "Mani Malaikat" slows down into a swamp voodoo groove. The droning sax and fiddle remind me of "Up in Flames," the David Lynch-Angelo Badalamente song that Koko Taylor sang in Wild at Heart.

And then, the music starts to get really crazy ... 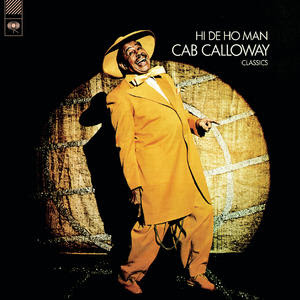 * 10 tracks from Hi De Ho Man by Cab Calloway. When I graduated from college in 1976 the only job I could find was managing a trailer park -- Vagabond Trailer Park on Cerrillos Road. Crappy job, but free rent, a block from a Lotaburger and an actual paycheck! One of the first things I did was go on a record buying binge. Some of those titles still are among my favorites -- Transformer by Lou Reed, Legalize It by Peter Tosh, How Late'll Ya Play 'Til? by David Bromberg, Radio Ethiopia by The Patti Smith Group and this one by Cab Calloway.

I know I've written this somewhere before, but I had seen Calloway in concert back in the early '60s at a Harlem Globetrotters game with my grandmother. So I was somewhat hep to the jive. But this record -- a double LP in its original release -- sealed it for me.

Through the years I picked up several of these tunes from other Calloway collections. But among the classics I downloaded now are "San Francisco Fan" -- about a golden-hearted gal who "gave her life to save her man, a man who wasn't worth a shovel full of Earth from the grave of San Francisco Fan."

And then there's Nagasaki, recorded in 1935. It's a place "where the fellers chew tobaccy/And the women wicky-wacky Woo." Sounds like a pretty swingin' town. Before we nuked it.

You got your basic "Jumpin' Jive," the scat-crazy "Abi Gezunt," a truly spooky "St. James Infirmary" and a fun workout called "15 Minute Intermission." But some of my favorites are the slow ballads like "My Gal" and "I'll Be Around." On these you get a true sense of Cab's vocal talents.

If you're new to Cab Calloway, this album is an excellent introduction. It worked for me. * The first five tracks of Phosphene Dream by The Black Angels. It's a psychedelic WHUMP! Austin's Black Angels are back for their third full-length album.

These guys, who I first saw at a Roky Erikson Ice Cream Social during SXSW a couple of years ago, play psychedelic music. Not your fairy-fey flower-power fluff, but intense, throbbing hypnotic excursions to other worlds. It's trippy, but not all trips are happy affairs. Some are downright scary. And thus, The Black Angels have titles like "River of Blood" and "Bad Vibrations."

The first thing a fan will notice about Phospene Dream is that the sound is far more varied than their previous albums. "Sunday Afternoon" even has a little Texas funk in it. I could easily imagine Hundred Year Flood having a go at this one. And the last half or so of "Yellow Elevator #2" even has a little Beatles vibe in it. (Think "I Want You/She's So Heavy.")

The songs are shorter too. No 16-minute odysseys like they had on their previous ones

I only had enough credits to get half of the 10  tracks, but my account refreshes next week so I can complete this trip.
at October 02, 2010