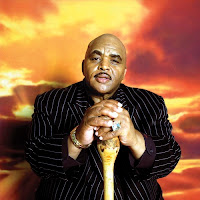 R.I.P Solomon Burke
(All songs by Burke unless otherwise noted)
Down in the Valley
That's How I Got to Memphis
Everybody Needs Somebody To Love by Wilson Pickett
Pledging My Love
Soul Meeting by The Soul Clan (Solomon Burke, Arthur Conley, Don Covay, Ben E. King & Joe Tex)
Only a Dream
I Wish I Knew (How It Would Feel to Be Free)
Diamond in Your Mind

Celebration of the Rescue of the Chilean Miners

Big Bad John by Jimmy Dean
American Boy by Eleni Mandell
Write Me Sweetheart by Doug Jeffords
Put It Back by Billy Kaundart
Sweet Tequila Blues by Chip Taylor & Carrie Rodriguez
It's Not My Time To Go  by Dan Hicks & The Hot Licks
CLOSING THEME: Comin' Down by The Meat Puppets