A version of this was published in The Santa Fe New Mexican
November 12, 2010

It’s probably no big surprise to anyone who regularly reads this column that of all the many faces of Bob Dylan — folkie Bob, country Bob, gospel Bob, singer-songwriter Bob, Las Vegas Bob, etc. — my favorite is electric Bob. And it’s probably a good thing that I didn’t go to the Newport Folk Festival in 1965 or see a performance from that tour in 1966 where folkies were screaming “Judas!” at him. I’d have been the 12-year-old Okie kid in the cheap seats shouting “Turn it up!” 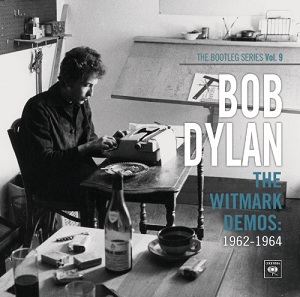 But even for us rock ’n’ roll die-hards who secretly believe that Dylan’s career really began with the rockabilly/Johnny Cash-informed “Mixed Up Confusion” instead of with all those acoustic ditties, there’s no denying that the genius that is Dylan — the rebelliousness, the humor, his grasp on history, and his insights into the American character — is readily apparent in his earliest songs.

That’s the main thing I pick up from the latest (ninth) volume of Dylan’s Bootleg Series, titled The Witmark Demos 1962-1964.

Here is a kid in his early 20s who was about to transform the entire song-publishing industry — as well as expand our concept of folk music and the boundaries of rock ’n’ roll — singing earnestly in that tiny studio at M. Witmark & Sons, his New York publishing company in those days.

These versions of his songs were not meant to be heard by the general public. They were recorded quickly and transcribed into sheet music so the publishing company could pitch them to other recording artists. Back in those days, few singers actually wrote their own songs. (That custom was changed not in small part through the efforts of one Bob Dylan.)

The sound quality is lo-fi, not to mention inconsistent. Some tracks truly sound like bootlegs. There are false starts and obvious mistakes. For instance, “Talking Bear Mountain Picnic Massacre Blues” begins with a Dylan cough. And he stops after one of the verses, explaining that he’d recited the wrong punch line to a verse.

So basically, although there are several of Dylan’s best-known songs included in this collection — “A Hard Rain’s A-Gonna Fall,” “Masters of War,” “Mr. Tambourine Man,” (played on piano), and (of course) “Blowin’ in the Wind” — this is a collection for fanatical fans who like to see how the Dylan sausage is made.

I like the more obscure cuts the best. You’ve got to wonder how many times must record companies put versions of “Blowin’ in the Wind” on a Dylan album. (The answer, my friend ...)

One of my favorites is “Bear Mountain.” As with some of the more “serious” tunes Dylan wrote during this period — “Ballad of Hollis Brown” and “The Lonesome Death of Hattie Carroll” come to mind — this song was ripped from the headlines. Dylan read a newspaper account about an ill-fated Father’s Day cruise up the Hudson River. Someone had counterfeited tickets, and the overloaded boat sunk well before it reached Bear Mountain.

Several were treated for injuries, but nobody was killed. Dylan saw the wicked humor of the situation and, according to legend, wrote the song overnight. “Just remember wakin’ up on a little shore/Head busted, stomach cracked/Feet splintered, I was bald, naked.” I still laugh when pondering how a boating accident can make you bald.

Another old favorite here is “Rambling, Gambling Willie.” Like “Bear Mountain,” this was recorded back in 1962 but never made it to an “official” album until the first Bootleg Series collection in the early ’90s. (Most real Dylan fans heard these from real bootlegs long before there were CD box sets.)

The melody of “Willie” came directly from the Irish song “Brennan on the Moor,” which Dylan’s pals the Clancy Brothers and Tommy Makem recorded back in the folkie days. Willie Brennan was a Robin Hood-like “brave young highwayman” who divided his loot with “the widow in distress.”

Dylan’s Will O’Conley shared his winnings with the poor as well. But apparently a large chunk of his income also went to child support. He’s a womanizing card shark who had “twenty-seven children, yet he never had a wife.” Dylan Dylan assures us “ He supported all his children and all their mothers too.” 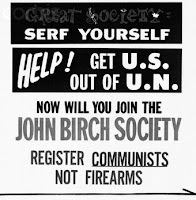 Unfortunately, the sound quality of this version is so bad that it seriously detracts from the listening experience. (Someone has to be responsible for that. The Commies? The vast right-wing conspiracy?) Seek out instead the live versions on The Bootleg Series, Vol. 6:  (his  1964 concert at Philharmonic Hall) or The Bootleg Series, Vols. 1-3.

The Witmark sessions also have a few gems I’d never heard. One of these is “Gypsy Lou,” an ode to what sounds like the sexiest heartbreaking hobo girl alive — “a ramblin’ woman with a ramblin’ mind/Always leavin’ somebody behind.” And downright lovely is y tune about looking at trains and recalling a friend who died a tragic death.

One thing these demos do is show how Dylan was appropriating old blues tunes as his own from the beginning. “Standing on the Highway” is basically a rewrite of Robert Johnson’s “Crossroads.” And “Poor Boy Blues” owes a small debt to Leadbelly’s “Where Did You Sleep Last Night” and a big debt to Howlin’ Wolf’s “Smokestack Lightning.”

If you think Dylan dropped this habit, listen to his composition “Rollin’ and Tumblin’” from 2006’s Modern Times or “If You Ever Go to Houston” from last year’s Together Through Life.

Bob Dylan turns 70 in May. Not quite as amazing is the fact that the Dylan Bootleg Series will be 20 years old next year. I’m hoping the next one will be full of rockers. Or maybe a duets album of recordings and live songs he’s done with others. Maybe Sony can find two CDs worth of Dylan stuff from the ’80s that didn’t suck. Maybe a crazy rocked-out show from “The Never Ending Tour” from the last 10 years or so.

Even if Volume 10 consists of songs Dylan sang in the shower, it’s bound to add to the enigma that is Bob.