TERRELL'S TUNEUP: WHAT LURKS INSIDE THE RAY CHARLES VAULTS

So you thought Ray Charles died in 2004? To that I say, “But wait a minute!” — as Charles sometimes used to exclaim in the middle of a song. Here’s Rare Genius: The Undiscovered Masters, a brand-new collection of 10 Charles songs that sound like they could have been recorded this year. 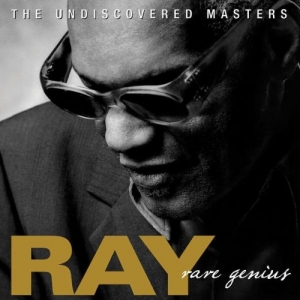 Actually, some of the instrumental tracks on this album were recorded fairly recently. They’re built around vocal tracks discovered in the vaults of Charles’ recording studio.

Whenever I read about “lost” recordings uncovered “in the vaults,” I get this image of Indiana Jones making his way through some dank underground labyrinth protected by pygmy warriors and venomous reptiles beneath the streets of Beverly Hills.

Producer John Burk, who was at the helm for Charles’ last studio album, Genius Loves Company, probably wasn’t wearing a pith helmet or wielding a machete when he came across these forgotten tracks. But it had to be a rush for him.

The songs span the decades, going back to the 1970s. Some of them were basically finished and required no further work — such as the blues-drenched “It Hurts to Be in Love.” Some were just demos. Burk whipped them all into shape, calling in studio musicians to add final touches to some of the tunes.

By the end, he created a unified work that would have made Charles proud. Except maybe the song “I Don’t Want No One But You,” the sole clunker here, the album doesn’t sound overproduced, which can’t be said of all the records Charles made when he was alive.

I can’t imagine why “It Hurts to Be in Love” was never released. It sounds like a classic Charles tune, with a prominent bass and a big horn section that punctuates Charles’ vocals without overwhelming the song. There’s a lengthy fade-out as Charles plays with the tune, “crying” in falsetto, pleading, jiving, and generally having fun despite the “hurt” in the title.

Even more fun is the funky “I’m Gonna Keep on Singin’,” which also was a finished work. Charles begins with a simple command: “Y’all listen!” There’s some fine call and response with his lovely Raelettes and a spoken-word segment in which Charles talks to the creator of the universe:

It reminds me of Charles’ old song “Understanding,” which also featured some spoken-word segments. There are some great instrumental solos here, too — vibes, sax, and trumpet.

Brother Ray also gets down and bluesy on the slow and soulful “There’ll Be Some Changes Made.” This is one that features overdubbing. Keb Mo’ plays guitar, but the standout is the organ work by Bobby Sparks.

Charles’ love for country music is well documented. It comes out on Rare Genius with “A Little Bitty Tear,” a Hank Cochran song that was a hit in the 1960s for Burl Ives. It’s sparsely produced, with Charles and his piano out front. “She’s Gone” sounds even more country: “The love affair is all over, but the heartaches just began.”

Charles does a duet with another biopic subject, Johnny Cash, on Kris Kristofferson’s “Why Me Lord?” which was produced in Nashville by Billy Sherrill (this one’s from the Sony Music vaults, which is guarded by different pygmies). I suspect it was recorded for a Cash album because Charles mainly sings background and plays some tasty electric piano.

Something tells me there’s a lot more treasure from the genius in those vaults, so don’t be surprised to see volumes two and three in the future. But as a die-hard fan, what I would like to see would be a collection of the raw tapes without new overdubs. Maybe call it “Ray Charles in the Rough.”

*   What Goes Around Comes Around by The Diplomats of Solid Sound. Once again, The Diplomats prove that there’s more than corn in Iowa. Here’s a new crop of funky soul from Iowa City. 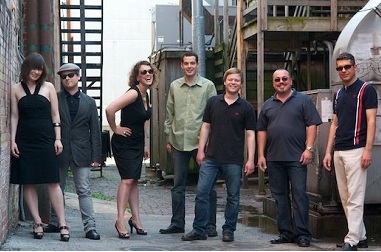 The Diplomats started out as an instrumental band. A few years ago they served as Andre Williams’ backup band on Aphrodisiac. Then with their 2008 album, Diplomats of Solid Sound Featuring the Diplomettes, female vocals became part of the Diplomatic mix. Two of the three Diplomettes — Sarah Cram and Katharine Ruestow — are back for this album. And so are the Brothers Basinger — sax dude David and keyboard guy Nate.

One of my favorites here is “Back Off” — a protest song of sorts, though I don’t think telling the cops or the military to “back off” is necessarily effective. Then there’s “Gimme One More Chance,” which features some soul violin by guest Diplomat Hannah Drollinger, doing her best to sound like Don “Sugarcane” Harris.

The title song has a blaxploitation-movie-soundtrack feel, with punchy horn riffs, while “Can’t Wait for Your Love,” subtitled “Pistol Allen,” is apparently an ode, in spirit at least, to the late Motown drummer Richard “Pistol” Allen. It sounds almost like a lost Martha and the Vandellas tune, embellished with sweet, almost otherworldly chimes.