OPENING THEME: Buckaroo by Buck Owens & The Buckaroos
Go-go Boots by Drive-By Truckers
Too Sweet To Die by The Waco Brothers
L:eave That Junk Alone by Johnny Cash
Rednecks, White Socks And Blue Ribbon Beer by Johnny Russell
Ain't Got a Clue by Josie Kreuzer
Lone Star Blues by Delbert McClinton
She Likes to Boogie Real Low by Ray Condo & The Ricochets
Dixie Fried by Carl Perkins
There's More Pretty Girls Than One by Rutherford & Foster

Never Cold Again by The Imperial Rooster
Scratch Said by Angry Johnny
Wolverton Mountain by Claude King
Let's Do Wrong Tonight by Simon Stokes & Annette Zilinskas,
From This Outlaw To You by Simon Stokes & Texas Terri
Like a Baby by Wanda Jackson
The Iliad  by Ed Sanders and the Hemptones
Hippie in a Blunder by Johnny Buckett 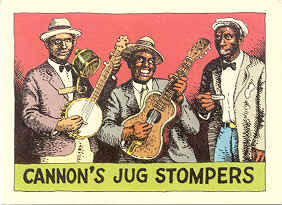 I Got Drunk for the Lord/Train is Moving On by The Rev. Johnny Jones
Matty Groves by ThaMuseMeant
Fan It by The Great Recession Orchesta
A Mighty Wind by A Mighty Wind cast
Danny Boy by Shane MacGowan & The Popes

CLOSING THEME: Comin' Down by The Meat Puppets