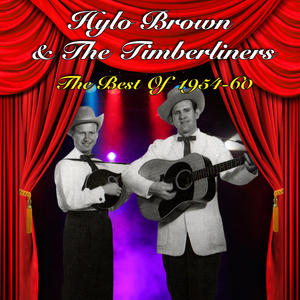 * The Best Of 1954-60 by Hylo Brown & The Timberliners. He never got to be as well known as his former bandmates Lester Flatt and Earl Scruggs, but Frank "Hylo" Brown is a bluegrass titan.

Brown got his nickname because of his vocal range -- he could sing high or low. His first hit was a cry-in-your moonshine bluegrass waltz  "Lost to a Stranger," (included here) recorded in 1954. That got him a recording contract with Capitol Records.

Three years he hooked up with Flatt & Scruggs. Then for awhile, Hylo Brown & The Timberliners became basically a B-Squad touring unit for Flatt & Scruggs for several years.

While the high-and-lonesome is his foundation, this collection shows that he could slip the surly bonds of bluegrass. A couple of songs here, featuring The Jordanaires on background vocals, show evidence of the early "Nashville Sound." His song "Stone Wall Around Your Heart" has an electric guitar solo, though I don't think anyone would argue that it's not pure hillbilly.

My favorite tracks here are "In the Clay Beneath the Tomb," about a guy who finds the grave of his sweetheart and "Get Lost, You Wolf"  in whih a country Romeo gets his comeuppance. 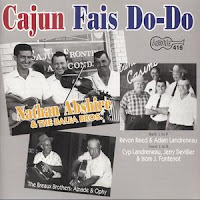 * Cajun Fais Do-Do. Hitchhiking Flashback -- August 1975. I was just outside Lake Charles, La., thumbing my way to new Orleans. A beat-up old station wagon stops to give me a lift. I did a double-take. The driver looked so much like Doug Kershaw, it was frightening -- dark hair, dark eyes, long sideburns, wearing a straw cowboy hat bent to come down between the eyes and accent his long nose.

His car radio was blasting a local station playing Cajun music. I told him I liked it. He smiled and said, "This is nothing. You should have been at my house when I was growing up. Every Saturday night after dinner, the neighbors would come over. And my parents and my grandparents would go get their instruments. And they would BOOGIE!"

I bet it sounded a lot like this album. 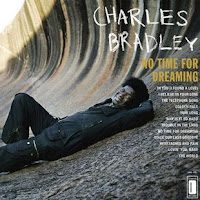 * No Time For Dreaming by Charles Bradley. Here's the latest album offering from the mighty Daptone label. Bradley is a late bloomer, but I like this flower. His voice is rough and gritty and more than a little world-weary. His band is a tight little group that seems to be well-versed in the records of Otis Redding and Al Green.

I reviewed this fine album in Tune-up a couple of weeks ago. You can read the whole thing HERE.

* Five tracks from The Day The Earth Met The Rocket From the Tombs. These are lo-fi live recordings by the classic Cleveland band that had future members of Pere Ubu and The Dead Boys as well as the late self-destructive punk icon Peter Laughner.

My initial batch of downloads include the Rocket take on "Sonic Reducer" (which later wold become the Dead Boys' best-known anthem), a cover of The Stooges' "Raw Power" and a near six-minute slow burner called "Ain't It Fun," which sounds like a lost Dead Moon treasure. (I don't think Fred and Tootie ever covered this one, but Guns 'n' Roses did.)

More on this album in next month's eMusic report.

* Six tracks from Sun Recordings by Carl Perkins. I was astonished to learn that I didn't have these rockabilly classics in any form -- except on an old cassette tape I found in a local bargain bin about 25 years ago. My favorites here are "Right String Baby (But Wrong Yo Yo)" and "Her Love Rubbed Off," which sounds even spookier than the version by The Cramps.
at May 07, 2011