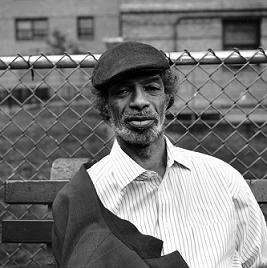 I just learned of the death of Gil Scott Heron.

NPR, which first reported his death, says he died Friday afternoon in New York at the age of 62.

The influential poet and musician is often credited with being one of the progenitors of hip-hop, and is best known for the spoken-word piece "The Revolution Will Not Be Televised."

His 2010 album I'm New Here was one of my favorites of the year. I reviewed it HERE