* Wasted Life by Stiff Little Fingers. I got to see this veteran Belfast punk band last month when I
went to Austin. It was a mighty show.

Led by Clash-inspired singer/guitarist Jake Burns, SLF has been plugging away since 1978 or so. Burns has been the group's constant since the beginning. For the past five years or so, original bassist Ali McMordie has been back with the band.

This is a 28-track, 100-minute compilation of mostly live material with some stray studio versions of various songs thrown in. Lots of the songs they did at Emo's last month -- "Tin Soldier," "Straw Dogs," and of course "Alernative Ulster" are  here, some twice. Some tunes are raw and desperate ("Forensic Evidence," "At the Edge,") while some are surprisingly poppy. Am I a heretic to say "Shake It Off" reminds me of The Partridge Family? Though it's an enjoyable listen, the album doesn't come close to matching the intensity of SLF's live show.

Here's a sad but true story: I was right up front when SLF started. A couple of songs in and the youngsters started moshing, as youngsters will. I got knocked around something fierce and at one point my upper plate got knocked loose in my mouth.

But I didn't let it happen. To lose my false teeth at a punk rock show is just too much of an ironic metaphor. I wouldn't allow myself to be part of it.

* Remember the Alimony by Joe Buck and Gory Gory Hallelujah by Joe Buck Yourself.  Here's something that left me feeling stupid. I downloaded this EP by the artist known as Joe Buck Yourself (a former member of Hank III's band and Tha' Legendary Shack Shakers).

And then I downloaded the album by "Joe Buck," thinking it was the same guy in an earlier phase of his career.

Besides the name, some of the song titles --  "She's a Dick" and the feedback fury and slide guitar mayhem of "Hillbilly Thunder"-- led me to think it was that Joe Buck.

Well, I was wrong. This "Joe Buck" is not the Evil Motherfucker from Tennessee. In fact it's not a guy, it's a band, led by a singer called "Swayback Dave." And they're from San Francisco, not Tennessee.

And I found out even sooner that the basic sound of these two acts are very different. Joe Buck Yourself is a one-man band who plays harsh metallic blues riffs over his guttural voice. Kind of like a malevolent Bob Logg III.

I'm not sure whatever happened to Swayback Dave and the boys. I hope they're making country musiuc somewhere. 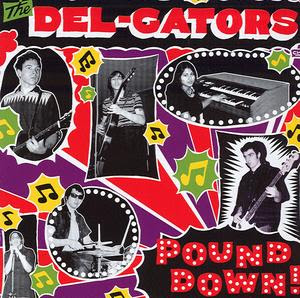 * Pound Down! by The Del-Gators. Here's another band from the early part of the century. Unfortunately, I don't believe they made any albums after this -- at least none you can find on the world wide web.

The DGs were a good-time Montreal garage band with heavy R&B influences. They were fronted by a singer named Jenna Roker, who also sang in another group called The Sunday Sinners. Another Gator was a electric pianist named Cocobutter Khan, who happens to be the sister of Arish "King" Khan.

If you like The Detroit Cobras you'll probably love The Del-Gators. My favorite tune here is "Car Trouble," which also appeared on one of the Voodoo Rhythm samplers. Jenna even makes auto repair sound sexy. 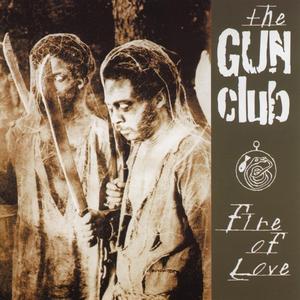 * The first six tracks of Fire of Love by The Gun Club. How could I have missed out on The Gun Club all these years. I was familiar with the name, always saw the band and Jeffrey Lee Pearce listed as a punk-blues/cowpunk originator, and I've liked the song "Sex Beat" for years. (It was among the Nothin' But Trash compilation tracks I downloaded a couple of months ago. Also I heard Kid Congo Powers do a blazing live version when I saw him in New York last year.) And yet somehow ...

When writing about roots punk in my column about the new releases by DM Bob & The Deficits and The Juke Joint Pimps, I took the opportunity to take a good hard isten to The Gun Club on Spotify (which really is turning out to be the rock critic's friend). After just a couple of songs, I knew I had to repair this gaping hole in my knowledge.

I only had enough tracks last month to get these six. I'll get the rest when my account refreshes.
at September 04, 2011