A version of this was published in The Santa Fe New Mexican
September 30, 2011

Who’d have thunk it? One of my favorite “new” songs this year is a remixed 11-year-old slow, somber six-minute track from a Grateful Dead tribute album. 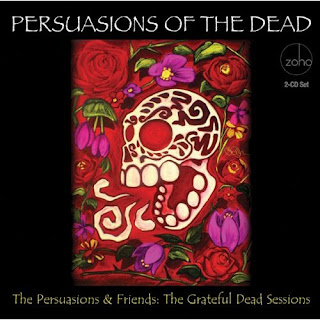 Smirk away, little hipster. I don’t care what you say, “Ship of Fools” as performed by The Persuasions on the new double-CD set Persuasions of the Dead, is soulful and stunning. Bass singer Jimmy Hayes is the lead vocalist on this one. He’s backed by singers Jackie LaBranch and Gloria Jones (who used to do backup vocals for the Jerry Garcia Band) and some understated, gospel-tinged piano by the late Grateful Dead keyboardist Vince Welnick.

“Ship of Fools,” originally released on the Dead’s Watergate-era From the Mars Hotel album, is a song of bitterness and betrayal. “I won’t slave for beggar’s pay, likewise gold and jewels/But I would slave to learn the way to sink your ship of fools.”

Back then I thought that “the captain” mentioned in the first verse might be poor old Tricky Dick and that the song was an extended symbol for the government. “Don’t lend your hand to raise no flag atop no ship of fools.” The words still resonate, more powerfully than ever, as sung by Hayes.

You don’t have to be a Deadhead to enjoy Persuasions of the Dead. It’s very possible to listen to both CDs in the package and never once think of tie-dye or LSD. That’s because many Dead songs, mostly the ones written by Garcia and lyricist Robert Hunter, were based on blues, gospel soul, and other roots music. You might even argue that some of these songs — “He’s Gone,” “Black Muddy River,” “Brokedown Palace,” “Lazy River Road,” and, of course, “Ship of Fools” — were screaming for an interpretation by an African-American vocal group.

But hasn’t this been done before? Well, yes, it has — by a group called The Persuasions. If you’re a fan of this band, chances are you’ve heard versions of some these songs before — from an album, released in 2000, called Might as Well: The Persuasions Sing Grateful Dead.

(Even so, I still love Frankly A Cappella, the band’s Frank Zappa tribute — partly because few groups, a cappella or not, would be crazy enough to do an entire album of Zappa songs. But remember, Zappa began his career in doo-wop, writing songs for The Penguins. In 1969, Zappa’s Bizarre-Straight Records signed The Persuasions for the group’s first album, the live A Cappella.)

Rip Rense, who was executive producer of both the Zappa and Grateful Dead tributes, says he was dissatisfied with Might as Well. In a recent email, Rense said, “It was a pleasant album, but I didn’t like the blending, the reverb, the too-long songs and excessively repetitious verses, and some of the instrumental accompaniment. I also thought the thing lacked brightness and energy. This bothered me for years.”

So he basically got a mulligan on that album. He talked to the group — including former lead singer Jerry Lawson, who left The Persuasions several years ago and moved to Arizona — and the musicians agreed to help with remixing and re-imagining the album, adding and subtracting vocal and instrumental tracks and, in some cases, creating entire new arrangements. Six songs not on Might as Well were added. Though there’s a small army of guest musicians here (from the old sessions and new) thankfully, they don’t dominate. (The album is officially credited to “The Persuasions & Friends.”) 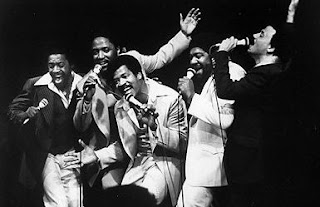 Among the songs here is a “drums and space” track — just like the improvisational weirdness the Dead used to do in concert — that starts out with the group singing the phrase “Here comes sunshine,” and then segues into a few minutes of what Rense calls “body percussion,” transforming into some free-form a cappella doo-woppery. It’s pretty weird and kind of dumb, but I bet it was fun to record. It fits in with the new “concept” of Persuasions of the Dead, symbolically recreating the structure of a Dead show.

Though The Persuasions excel on the slow tunes, some of my favorites are the more upbeat numbers. There’s “Loose Lucy,” which sounds more like The Coasters than the Dead (all vocal except a crazy baritone sax solo by James King); “Might as Well,” which sounds like it was written for doo-wop; and the group’s joyful take on “Don’t Ease Me In.”

There’s a completely new recording for this album of “Stella Blue,” which has never been one of my favorite Dead songs. Their version is too long and plodding. But Lawson, singing with the other Persuasions for the first time in years, does a wonderful job of capturing the sweetness of the melody and the forlorn spirit of the lyrics.

I’m not wild about tribute albums in general, and I still like The Persuasions best when they work their a cappella mojo on songs from a variety of sources. But there are a lot of good times on Persuasions of the Dead.
at September 30, 2011