A version of this was published in The Santa Fe New Mexican
September 09, 2011

The Oblivians were a crazy little garage/punk trio from Memphis in the mid-’90s who earned a rabid national following though barely a peep of recognition from the mainstream. (That’s the story of about 95 percent of the musical acts I love, but what can you do?) 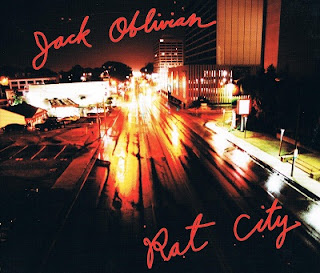 That leaves Jack Oblivian (Yarber), who never hung up his rock ’n’ roll shoes. Since The Oblivians dismantled, he’s done solo records; he’s led bands, including The Tennessee Tearjerkers; and, for a while with Cartwright, he reformed The Compulsive Gamblers, a band that was around before The Oblivians.

And next week, he’s releasing a new solo album called Rat City. It’s sweet, sweaty rock, some of which is graced with understated pop sensibility.

It starts off with the title song, a crunchy blues-punk workout introduced with a mournful harmonica. And speaking of blues, a subsequent tune, “Old Folks Boogie,” sounds like John Lee Hooker filtered through a meat grinder. Between the two is “Mass Confusion,” a hard-driving tune with touches of funk plus — surprise, surprise — hammering drums that suggest disco. (Maybe I shouldn’t be surprised. A previous Jack O album was called The Disco Outlaw.)

But a more melodious side of Yarber comes out in “Dark Eyes.” This one sounds like an early Strokes song with just a touch of Billy J. Kramer & The Dakotas. The following song, “Kidnapper,” has a Motown edge to it, while “Girl With the Bruises,” a song about an abused woman, could almost be a lost Paul Westerberg song.

You might hear echoes of “Tumblin’ Dice” in the song “Caboose Jump.” And Oblivian fans might hate me for saying this, but I hear a little Tom Petty and even — don’t hit me! — Springsteen in “Jealous Heart.”

Most of the songs here are originals, but there are some fine covers. There’s a fairly faithful version of Billy Swan’s “Lover Please” (my favorite cover still being Clyde McPhatter’s). And there’s an obscure Tommy James tune called “Moses and Me,” complete with warbly, distorted “Crimson and Clover”-style vocals.
Basically this is just excellent, gut-level rock ’n’ roll.

Do yourself a favor and take a little trip to Rat City. You might find yourself seeking out music from the Gamblers and the Tearjerkers and, of course, The Oblivians. 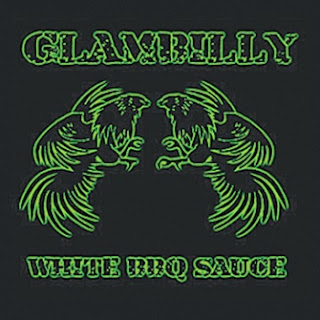 * White BBQ Sauce by Glambilly. Somewhere there’s an alternative universe, a parallel world in which New York Dolls arose from Texas instead of New York. In that world, those Dolls sounded a whole lot like Glambilly, which specializes in hard-hitting, pre-punk style, blues-informed and booze-fueled rock ’n’ roll full of humor, tales of sex and substance abuse, and wry commentary on the decadence and decay they see around them.

With just a hint of Lone Star twang.

This San Antonio power trio, originally known as Hans Frank & The Auslanders, reportedly got its name from an unfriendly heckler. Though meant as an insult, singer-bassist Frank embraced the name and the whole concept it implied.

There are some outstanding tunes here: “I Must Be the Devil” is a spoken-word boogie in which Frank boasts of his similarities with the prince of darkness, including a fondness for Plymouth Valiants and 18-year-old blondes.

“Bite the Bed,” a Zep-like tune featuring a nasty slide guitar, is the tale of a guy who spends 11 years in prison then gets out and informs his lover that she has gained weight. But he’s not complaining. “That’s the way I like it,” the narrator says. Most of the tunes are original, but a cover tune nearly steals the show.

Glambilly does a menacing, minor-key version of Bob Wills & His Texas Playboys’ “Stay All Night.” Ol’ Bob didn’t do it this way, but Glambilly makes it howl.

While many of the songs seem to be smirking at the hapless, deeply flawed characters who inhabit the Glambilly mythos, on the final song, “Firefly,” Frank proves he can write a truly moving, poignant musical tale. It’s about a homeless girl who comes to a tragic end. This tune sounds like a sad update of the title song, which dealt with various young women with “faraway looks” in their eyes, such as the girl being “passed around” by guys in a pickup truck.
at September 09, 2011