OPENING THEME: Let it Out (Let it All Hang Out) by The Hombres
Shuffling Spectre by Dan Melchior und Das Menace
Cry! by The Monsters
The World's Greatest Sinner by The A-Bones
Little Cockroach by The Treblemakers
King Takes Queen by King Automatic
Loveminer by O Lendario Churcrobillyman
No Confidence by Simon Stokes
Night of the Caveman by The 99ers
Baby Please Don't Go by Them

Get Lost by Tom Waits
He's Doin' It by The Gories
Livin' in the Jungle by Black Joe Lewis & The Honeybears
Heavy Metal Blues by The Revelations feat. Tre Williams (Click link to download album for free.)
Don't Lock the Door by JC Brooks & The Uptown Sound
I Got The Feeling by Sharon Jones
I'm Mad by Bill Wyman's Rhythm Kings
Unchained Melody by Golden Group Memories
House Where Nobody Lives by King Ernest 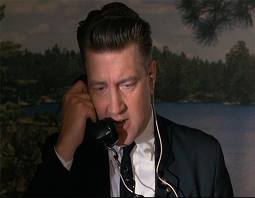 Bitch Done Quit Me by King Ivory
My Love Is A Monster by The Compulsive Gamblers
Love $$$ by Helium
See What you Cause by Cold Sun
Escape by Night by King Shark
CLOSING THEME: Over the Rainbow by Jerry Lee Lewis