Roll Me Up and Smoke Me When I Die by Willie Nelson with Snoop Dogg, Kris Kristofferson and Jamey Johnson
Is Zat You, Myrtle? by The Carlisles
Brazil by The Asylum Street Spankers
Tell the King The Killer's Here by Ronny Elliott
It Took 4 Beatles To Make One Elvis by Harry Hayward
Baby Buggy Boogie by The Milo Twins
Another Bender Might Break Me by Hellbound Glory
The Times They Are a Changin' by Rick Brousard & Two Hoots & a Holler 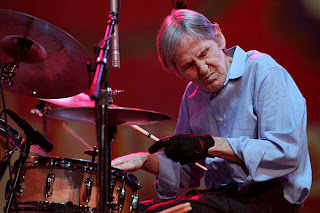 
The Golden Inn Song by The Last Mile Ramblers
Anything Goes At A Rooster Show by The Imperial Rooster
Children Go Where I Send Thee by Johnny Cash
Me and Bobby McGee by Janis Joplin
Whiskey Drinkin' Women by Cornell Hurd
Blue Angel by Hundred Year Flood
Drinkin' Wine Spoli Oli by The Five Strings
CLOSING THEME: Comin' Down by The Meat Puppets