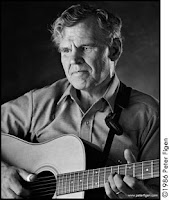 Hard Morning in a Soft Blur by Giant Giant Sand
Window Up Above by Johnny Paycheck
Walking in the Woods by Tom Irwin
No Reason to Quit by Merle Haggard
Hard Road by Vince Bell
Santa Fe by Eilen Jewell
Maverick by George Thorogood & The Destroyers
CLOSING THEME: Comin' Down by The Meat Puppets