A version of this was published in The Santa Fe New Mexican
June 8, 2012


It’s still a long way to Halloween, but I’m going to tell you about some haunting songs from a haunted singer and, to steal a line from Concrete Blonde, the ghosts inside his haunted head.

The artist here is Willis Earl Beal, who is from Chicago, though he recently spent a few years in Albuquerque — August 2007 until June 2010, according to the weekly Chicago Reader. He was homeless for at least part of his time there. It was during his time in the Duke City that Beal began recording homemade CDs of his songs and leaving them in public places where unsuspecting listeners could find them. 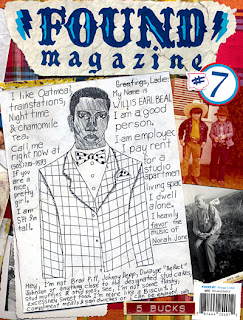 The mysterious CD-Rs and his hand-drawn fliers with messages like “Write to me and I will make you a drawing” and “Call me and I will sing you a song” led to his discovery. (That message, complete with his name and phone number, also can be found on Beal’s website.)

A flier featuring a self-portrait of Beal in a bow tie and a message seeking female companionship was featured on the January 2010 cover of Found magazine. (“I am a good person. I am employed. I pay rent for a studio apartment living space. I dwell alone,” it reads. The message includes a 505 phone number.)

A similar message discovered in a Chicago bookstore (“I want some friends & stuff ... I am not a Weasel”) sparked a lengthy feature about Beal in Chicago Reader last year.

And that built enough interest for XL/Hot Charity records to release an actual album — the lo-fi, almost no-fi Acousmatic Sorcery — earlier this year. And now he’s touring Europe — though, as I’ll explain later, that hasn’t worked out well so far.

Local-pride aside: The material on the album was recorded during Beal’s Albuquerque years. Here’s what Beal told Chicago Reader about New Mexico:

“I had to get out to Albuquerque, because Albuquerque was the place where I was gonna grow as an artist.” When he left Chicago for New Mexico, he’d just been fired from a night-shift security job at the Sears Tower — now the Willis Tower, as Beal likes to point out. He’d developed a romanticized idea of Albuquerque as a beautiful, barren place based on the 2003 film Off the Map. “A guy who worked for the IRS went out to Albuquerque to audit somebody, this family, and decided that he was an artist, and he never came back. I think it was Santa Fe,” he says. “Much to my dismay, Albuquerque was nothing like that.”


Beal leaving his self-burned CDs around Albuquerque has biographical echoes of his fellow “outsider” artist Daniel Johnston recording cassettes of his music and handing them out to students on the University of Texas campus back in the 1980s. 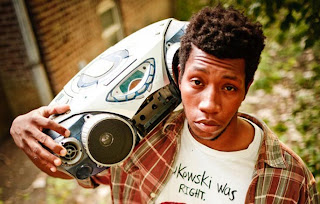 The first Willis Earl Beal song I ever heard was “Take Me Away,” a raw, spirited blues shout that Pitchfork compared to a field holler. Beal sings: “Now I have been wiser, I’ve been the fool/I’ve been the teacher and a pupil in the school/I’ve followed and I’ve broken each and every rule/Lord, I’m as tired as a mule.”

I was astounded. I immediately thought he was young Ted Hawkins or Abner Jay. Accompanied only by percussive bashing on what sounds like an oil drum, the song is a wild joy. Tom Waits would have killed to have done this song.

Seeking out the rest of the album, I was fascinated with the opening instrumental, “Nepenenoyka,” played on what sounds like a cross between a zither and a kalimba. This brought to mind the mysterious, itinerant Texas gospel singer Washington Phillips, who in the late 1920s recorded some powerful songs using what same say was a fretless zither. This instrument also appears on other Acousmatic Sorcery songs, notably “Bright Copper Noon.” On that song, Beal’s voice sounds less like Ted Hawkins and more like Terence Trent D’Arby, the 1980s soul rocker who could go from an angelic croon to an Otis Redding growl in the blink of an eye.

You’ll also hear Beal’s kalimba or whatever it is on “Cosmic Queries.” This song is downright spooky. It’s a minor-key moan with what sounds like some sort of woodwind. I hear Waits in this one, as well as Brazilian experimental composer Tom Zé. And then there are some lyrics about what is apparently Beal’s favorite food — oatmeal. Oatmeal pops up in other Beal songs as well. It’s something of a trademark. On the drawing that made the cover of Found magazine, Beal confessed, “I like oatmeal, train stations, night time and chamomile tea.”

But despite the power of “Take Me Away” and the quirky charms of the songs just mentioned, I have to admit I was ultimately disappointed with most of Acousmatic Sorcery. Too many songs are mopey midnight guitar dirges, the kind of stuff you could hear at 2 a.m. in any given college dorm across this great land during the past 40 years or so. Then there’s the strange but strangely uninspiring stab at rap called “Ghost Robot.”

Beal redeems himself somewhat on the last track, “Masquerade.” He sounds like Screamin’ Jay Hawkins reciting a twisted bedtime story in a disturbing half-shout (unintentionally scaring children in the process). Appropriately, the track ends in maniacal laughter.

He was arrested in late May in the Netherlands after a performance at a festival called Le Guess Who? Beal allegedly kicked a homeless heckler in the face during his show. “Because of a few bad apples, we all miss out on one more glorious, fantastic, lovely performance,” he told the festival audience. “I love you, and I even love the guy whose face I kicked in. I love him, too. He’s a good guy. He’s just drunk, a little.”

Let’s hope this is just a bump in the road for Beal. Though too many songs on his first album are undeveloped, it’s obvious that Beal possesses a wild genius that I hope to hear more of.

Blog Bonus: Let this Beal video take you away: