A version of this was published in The Santa Fe New Mexican
July 27, 2012 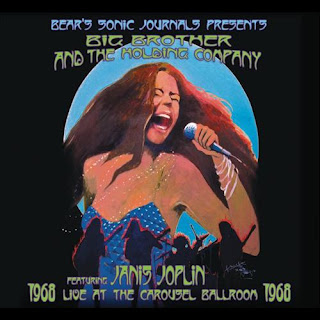 Janis Joplin has been dead nearly 42 years. During her brief time in the sun, she was hardly prolific, recording a couple of albums with Big Brother & The Holding Company and two solo albums, the second released only after her death.

But all these years later, her music does not seem dated. Her voice still seems like a tornado blowing through a human throat. When I listen to Janis Joplin, it’s not out of sappy nostalgia, some longing for the good old days of Haight-Ashbury or Woodstock. I listen because her albums are still some of the most powerful, soulful recordings ever made.

Joplin fans have a lot to be happy about this year. In recent months, we’ve gotten two albums with plenty of unreleased material. Here’s a look at both.

* Live at the Carousel Ballroom 1968 by Big Brother & The Holding Company. One of the biggest musical crimes of the late ’60s was when the suits convinced Janis to leave Big Brother. True, she was the star and she was the main draw, and they never would have been famous without her. But Big Brother was a spirited little psychedelic combo, ragged but righteous.

Janis was the MVP, but guitarist James Gurley was an unsung monster. His solos here on songs like “Light Is Faster Than Sound,” “It’s a Deal,” and the nine-minute Joplin signature “Ball and Chain” are first-class examples of San Francisco psychedelia.

Most of the 14 tracks on this album were never made available, legally at least, before this cool document saw the light of day this year. (A few songs appeared on a box set several years ago.) The album was recorded over two nights in late June 1968, soon after the band finished recording its masterpiece (and final album), Cheap Thrills. Most of the songs from that album are here. And a few, such as “Summertime” and the ever-explosive “Ball and Chain,” are better than the album versions.

But most fun are the more obscure tunes: “Flower in the Sun,” “Catch Me Daddy,” and especially “Coo Coo” —this one is folk-rock at its very finest. For one thing, it’s an actual folk song. But more importantly, it really walks. Big Brother used a similar melody and arrangement for their Cheap Thrills song “Oh, Sweet Mary.”

The sound here might seem strange. Recorded by Grateful Dead sound man and famed LSD manufacturer Augustus Owsley Stanley III (who supervised the remastering for this package last year, before he died in a car wreck), the album has basically no overlap in the stereo mix. Drums and vocals come out of one speaker; everything else from the other.

And while Joplin’s vocals for the most part are right on target, sometimes Sam Andrews’ vocals seem off. It’s really apparent in the opening song, “Combination of the Two.” This might be because the group had no stage monitors back then, and finding their pitch was sometimes tricky. 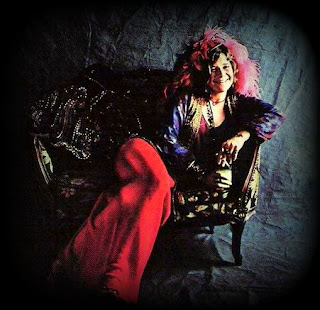 * The Pearl Sessions by Janis Joplin. Pearl was Joplin’s last album, released posthumously. It’s not as strong as Cheap Thrills. By this stage in her career, she had basically become a soul singer, a wilder Etta James, not a psychedelic waif goddess. And, of course, Big Brother was long gone. But this was where most of us first heard some of Joplin’s landmark tunes — “Me and Bobby McGee,” “Move Over,” and her swan song, “Get It While You Can.”

This album is more for rabid Janis zealots than for casual fans. While disk 1 has the entire Pearl album, plus mono-mix singles of several songs, alternative takes and studio banter make up the lion’s share of the second disc.

Longtime fans will love hearing how these songs evolved in the studio. And it’s great hearing Janis’ wheezy horse-laugh as she chastises herself for blowing some of her vocal parts or gossips about fellow musicians.

Not only did Joplin leave behind a lot of music of her own, she also inspired several songs about her. 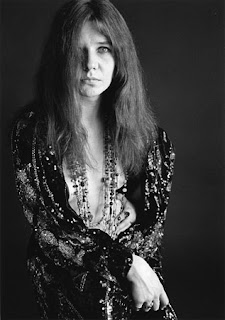 * “Janis” by Country Joe & The Fish. “Into my life on waves of electrical sound/And flashing light she came.” This appeared on The Fish’s second album, I Feel Like I’m Fixin’ to Die, in 1968.

Country Joe McDonald had dated Janis before either was famous. One day, according to an autobiography on his website, McDonald said he thought they should break up. Janis then “asked me to write her a song, ‘before you get too far away from me.’ I agreed.”

But even though “Janis” was written and recorded long before she died, the chorus almost sounds like an epitaph: “Even though I know that you and I/Could never find the kind of love we wanted/Together, alone, I find myself/Missing you and I/You and I.”

* “Epitaph (Black and Blue)” by Kris Kristofferson. Here’s another songwriter who had an affair with Janis. She included Kristofferson’s “Me and Bobby McGee” on Pearl, and he wrote this angry, heartbreaking tribute for her, which appeared on his album The Silver Tongued Devil and I.

* “Chelsea Hotel No. 2” by Leonard Cohen. Yet another Janis tribute from yet another of her lovers. Like the best Cohen songs, it’s sad and funny at the same time.

“I remember you well in the Chelsea Hotel/You were famous, your heart was a legend/You told me again you preferred handsome men/But for me you would make an exception. … You fixed yourself, you said, ‘Well never mind/We are ugly but we have the music.’”

* “Saw Your Name in the Paper” by Loudon Wainwright III. This entry, admittedly, is questionable. For 40 years I assumed this song was a lament for Janis. “Make yourself a hero, it’s heroes people crave/Make yourself a master, but know you are a slave.”

But last year, Time magazine mentioned the song, saying it actually was about Wainwright’s jealousy over “the rising fame” of his then wife and fellow singer, Kate McGarrigle.

But damn the facts. I don’t care. When I first heard the song as a freshman in college, only months after Joplin’s death, in my heart I knew it was a song for Janis. I’m sticking with that.
at July 27, 2012