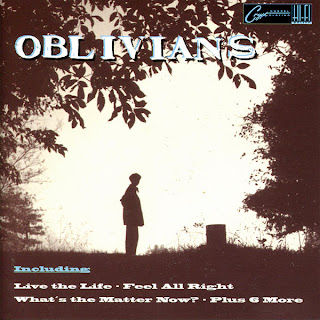 * Play Nine Songs with Mr. Quintron by The Oblivians. Here's a band that's on the verge of a comeback. These garage-punk icons from Memphis broke up back in 1997. Though they've regrouped since then -- they toured with The Gories a few years back -- the trio hasn't had an album of new material since the old days. Until later this year. They've recorded a new one on In the Red Records, allegedly titled "Desperation" and reportedly ready to pounce before the end of the year.

Mr. Quintron was the Oblivian's last studio album before they broke up. It's an unusual effort in that they actually do play with Mr. Quintron, an German-born organist/one-man band based in New Orleans. his own music is an upbeat swampy mix of techno and R&B. The session with The Oblivians brought ought the blues, R&B, soul and gospel influence of both acts.

Best tunes here are gospel-fired tunes like "Ride That Train" and "What's the Matter Now" (featuring Greg Oblivian shouting "The Holy Ghost is in me!"). But I also like the slow, spookhouse/lounge sound on "Final Stretch." 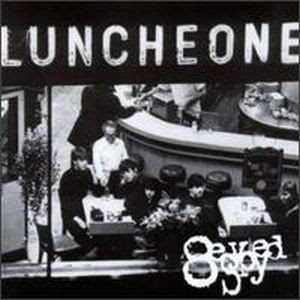 * 8-Eyed Spy by Lydia Lunch. No-Wave boho rocker/poet/noise demon Lydia Lunch made Joan Jet look like Joannie Cunningham. 8-Eyed Spy was her band after she left Teenage Jesus & The Jerks. Though they didn't last very long (they broke up after their drummer George Scott died) Lunch and 8 Eyed Spy combined the no-future detachment of  No Wave with a rootsy funk sensibility.

The album contains several covers. There's a version of "Diddy Wah Diddey" which is closer to Captain Beefheart's cover than the Bo Diddley original. There's a live version of The Strangeloves'  "I Want Candy" but the tape is so lo-fi it makes you wish for a studio version.

Even before The Gun Club covered Creedence Clearwater Revival's swampy nightmare "Run Through the Jungle," Lydia ran through that jungle with the devil on the loose. I haven't decided which did the scariest version.

I mentioned Nancy Sinatra's "Lightning's Girl" in last month's eMusic report. That song always reminded me of  "My Boyfriend's Back" by The Angels -- though Nancy's Lightning seemed more dangerous than The Angels' boyfriend. The boyfriend might beat you up. Lightning would skin you alive. Lunch's Lightning might just saute your brian too.

Most of the originals are wothwhile too. "Motor Oil Shanty" goes deep into the swamp, while "Looking for Someone," with Pat Irwin's greasy sax" sounds like a punk take on crime jazz. And is that a subtle disco influence I hear on "Lazy in Love" ? 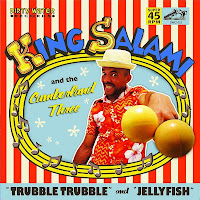 * Trubble Trubble and Bloody Mary by King Salami. The old fashioned 45 seems to be the preferred medium of this British soul/punk/funk/garage band out of England. Except for one album on the German Soundflat Records a couple of years ago (14 Blazin' Bangers -- I reviewed it HERE -- scroll down), most  music of his available seem to be two-song sets like these. (Mojo Workout has a generous four songs).

The four songs on these recent downloads show that Salami and crew continuing their basic good-time soul shakedown. Salami has long been an admirer of Barrence Whitfield & The Savages, so it's fitting that he tackles "Bloody Mary," (written by original Savage bassist Phil Lenker) with such abandon.

The rest of the songs also are energetic, frantic ass-shakers for which King Salami should be much better known. 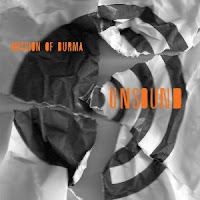 * Unsound  by Mission of Burma This will be the third or fourth time I've publicly raved about the fact that this Boston "post-punk" (is that what they called it) band after taking a near two-decade breakcame back from the dead and not only made a great comeback album (ONoffON, 2004) but continued to make great records ever since -- arguably just as powerful as their early '80swork.

They came back. And they stayed.

Sound familiar? Perhaps you read this only yesterday in Terrell's Tuneup. Read my full review HERE.