A version of this was published in The Santa Fe New Mexican
Oct. 19 2012

Last week I wrote about two great bands — Mission of Burma and Dinosaur Jr. — that were broken up for years and then returned to reestablish themselves not as nostalgic casino acts but as actual creative bands, writing new songs and making exciting new music. 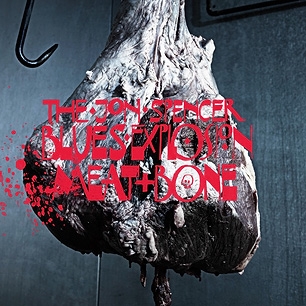 Well, here’s another one: The Jon Spencer Blues Explosion.

This unholy trio — which includes guitarist Judah Bauer and drummer Russell Simins — is back with an album called Meat and Bone. And it’s a dandy, stuffed full of the maniacal, irreverent, rompin’-stompin’ sounds that shook the free world back in the ’90s.

Spencer, Bauer, and Simins weren’t gone as long as Dinosaur Jr. or Mission of Burma. The previous Blues Explosion studio album was 2004’s Damage. And since that time, Spencer has put out three albums with Matt Verta-Ray under the name of Heavy Trash. But while they were good, Heavy Trash was no substitute.

“A lot of people are being lauded for making music I think is kind of boring and safe and dull,” Spencer said in a recent interview with Spin. “True rock ’n’ roll is a strange and beautiful, kind of scary music.”

That’s been his credo since the beginning. The Blues Explosion rose from the ashes of Spencer’s 1980s group, Pussy Galore, a fun little trash-rock band that should have gotten a lot more famous than it did. You can hear the genesis of the Blues Explosion sound in the sheer craziness of Pussy Galore. They were a “noise band,” but unlike some of their No Wave forebears, they were far more fartsy than artsy. You’d hear strains of rockabilly and The Rolling Stones in Pussy Galore through waves of screaming and guitar distortion. Every song was a party out of control.

With the Blues Explosion, Spencer kept that spirit going, creating a minimalist sound that was grounded in blues and soul — with a touch of blaxploitation-soundtrack music on some tunes.

But he introduced a new generation of punk and alt-rock kids to real live razor-fightin’ Mississippi blues — and helped breathe life into the fledgling Fat Possum label — when the Blues Explosion joined Hill Country blues codger R.L. Burnside on the 1996 album A Ass Pocket of Whiskey. It’s still the best old- bluesman-meets-young-rock-band team-up since Sonny Boy Williamson recorded with The Animals and The Yardbirds in the mid ’60s.

All the old intensity is evident on “Black Mold,” the riff-driven first song of the new album. The tune was inspired by Spencer’s discovery of a box of records that had gotten damp and moldy in his basement. By the end of the track, he’s shouting the names of the artists — Ornette Coleman, Lonnie Smith, Little Walter, the explosive Little Richard. While he’s raging about what has been lost, this can also be heard as an invocation to the immortals, a frantic blessing for the rest of the album.

Spencer is at his funkiest on “Get Your Pants Off.” There’s not much to the lyrics (though I can only assume that the message of the title is sincere), but the band members sound like they’re having a lot more fun than most middle-aged guys.

You probably can’t tell from the loud crunching music, but “Strange Baby” is actually a sentimental tune about Spencer meeting his wife. He raps the verses, but he doesn’t sound like he’s trying to be a rapper.

Spencer pulls out his harmonica on “Bag of Bones,” which could almost be called “swampy,” though Spencer’s howls and the sheer volume would scare the alligators back onto the endangered-species list. “Unclear” is loud and trashy also, but to those with ears to hear, it sounds like a distant brain-damaged cousin of Otis Redding’s “I’ve Been Loving You Too Long.”

“Danger” is two minutes and 43 seconds of reckless fury set to a hellbound-train beat. I think I hear a distant echo of The Rolling Stones’ “She Was Hot” in there; and in the next song, “Black Thoughts,” there are definite traces of Exile on Main Street beneath the distortion and wild theremin squiggles. (True fact: Pussy Galore released a track-for-track cover of Exile on cassette back in 1986.)

A big standout on Meat and Bone is “Bottle Baby.” Here Spencer imagines himself as someone accepting some kind of award — “Standing up here at the podium holding this fabulous statuette/I feel like a god, but I still have a hard time payin’ my rent.” I don’t think there’s much danger of Spencer and his band winning a Grammy, but this album deserves some kind of prize. 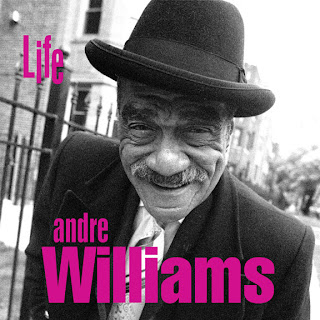 Seriously, this is the old coot’s third album this year. Hoods and Shades came out in February; Night & Day was released in May. And now he brings us Life. The man is nearly 76 years old. You’d think he’d be getting tired. But he sure doesn’t sound like it here.

Playing with a trio of Detroit cohorts, including Jim Diamond on bass (he’s best known as a producer, but he has also played bass with the Dirtbombs), Williams slinks into a slow-groove swampy sound on most of the songs — those alligators I mentioned before would be hypnotized by this music. It suits his gruff vocals.

Highlights on Life include the opening “Stuck in the Middle,” which features some downright menacing psychedelic guitar from Mark Smith (who produced the album); “Beep Beep Beep,” which works off a modified Bo Diddley beat (I can’t for the life of me figure out what this song is about); and “Heels,” which reinforces Williams’ reputation as the ultimate dirty old man.

It’s election season, so I should mention “Blame It on Obama,” a trudging tune with pseudo-gospel piano in which the singer wryly blames the president for everything from high prices to chickens who won’t lay and a wife who won't either.

There’s also Williams’ umpteenth (but far from best) version of his signature song, “Shake a Tail Feather,” followed by “Ty the Fly,” a shaggy-dog fable about an insect. The album would have been better without the last two songs. But what the heck? He’s almost 76 years old. He can do what he wants.