“The separation didn’t work out.” That’s what John Lennon said when he got back with Yoko Ono following the couple’s widely publicized mid-’70s split. It could also apply to a couple of bands that have recently released new material.

I’m talking about Mission of Burma and Dinosaur Jr. Both groups broke up years ago and got back together after prolonged absences — not as desperate casino-touring nostalgia acts but as vital creative forces that picked up where they left off and resumed making the same kind of sounds for which we loved them in the first place.

The bands are several years and several albums into their respective comebacks, and neither has worn out its welcome-back.

Here’s a look at the groups’ latest albums: 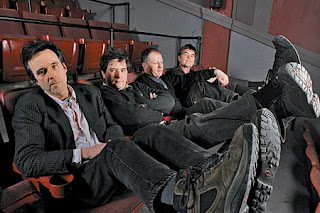 * Unsound by Mission of Burma. Mission broke up in the early ’80s because singer/guitarist Roger Miller (no, not that Roger Miller) began suffering ear damage from playing deafening rock ’n’ roll night after night.

But thanks to advances in noise-cancelling ear-plug technology, Mission came back. And it stayed.

This will be the third or fourth time I’ve publicly raved about the fact that this Boston “post-punk” (is that what they called it?) band came back from the dead and not only made a great album (ONoffON, 2004) but has continued to make great records ever since — The Obliterati in 2006 and The Sound, the Speed, the Light in 2009. Most of the material is arguably just as or almost as powerful as the group’s early-’80s work, and none of it sounds dated.

It’s probably beginning to sound patronizing by now, and I’m sure that the members of Mission probably are getting sick of hearing that line of praise from critics. But the praise is sincere. When a bunch of grizzled war dogs come out rocking this strong, reprobate rock geezers like me can’t help but feel somewhat vindicated. 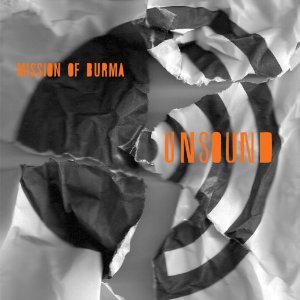 It’s obvious from the bouncy, muscular opening song,“Dust Devil,” sung by bassist Clint Conley, that Unsound doesn’t stray far from the ferocious guitar-driven sound Mission of Burma has been known for since Reagan’s first term. But Miller and crew have added some jiffy touches here and there to keep the sound fresh.

Bob Weston’s trumpet is a nice touch on “Add in Unison” and “What They Tell Me,” while the faux Beach Boy harmonies sound pretty cool on “7’s.” The android hip-hop arrangement of “This Is Hi-Fi” is pretty wild, but Peter Prescott’s crazed caveman drumming is what really carries the song.

Mission was one of the first rock bands to include a mad-scientist tape-loop mixer/manipulator in both the studio and on stage. Martin Swope was the original manipulator, and Weston took his place after the band reformed.

I’m not the first to note that Mission of Burma has released more albums since its reunion than it did during its original incarnation. I think that the musicians had as good a time making this album as their fans have listening to it. 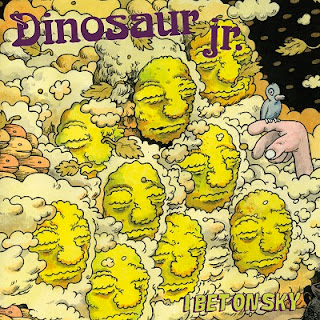 * I Bet on Sky by Dinosaur Jr. There are lots of similarities between this band and Mission of Burma. Both hail from Massachusetts. Both released their first records in the 1980s. Both are guitar-centric groups that ride the feedback like rodeo stars — with Dinosaur Jr. being a proud devotee of Neil Young’s electric side.

But unlike Mission of Burma’s breakup, the split between Dinosaur Jr.’s J. Mascis and Lou Barlow in the late ’80s was hardly amicable. Nobody had a hearing problem, Mascis and Barlow were just sick of hearing each other.

Mascis soldiered on fronting a new Dinosaur Jr. lineup (usually with longtime DJ drummer Murph as part of the lineup) and later, J. Mascis & The Fog. Meanwhile Barlow enjoyed some success with his band Sebadoh and, later, with the less notable Folk Implosion.

Mascis and Barlow came together again around 2005 to do a short tour when Merge Records rereleased some of their early material. They must have overcome those past differences, because a year later they did another tour and announced they’d be recording a new Dinosaur Jr. album. Beyond was the product of that reunion, and it is a fine record.

The followup, Farm was just as amazing, if not better, and now we have I Bet on Sky, which is no letdown. The band is more melodic than it was back in its young days. But the intensity remains.

As has been the case since the band’s early days, Mascis is still the indisputable frontman. He wrote and sings most of the songs on Sky — his high-pitched whine still provides the emotional center for Dinosaur Jr., while his trademark stormy guitar solos dominate the proceedings. And yes, Uncle Neil is still a huge influence on Mascis.

Trying to listen to the guitar intro of “See It on Your Side” without thinking of Young is as hard as listening to the William Tell Overture without envisioning the Lone Ranger.

But, as always, Barlow contributes some wonderful moments here as well. His “Rude” is a country-influenced stomp, while the melody of “Recognition” is outright catchy.

One standout on this album is the rhythmic “I Know It Oh So Well,” on which Mascis sounds like a kid who just got his first wah-wah pedal for his birthday. Then there’s the opening song, “Don’t Pretend You Didn’t Know,” in which the guitar sounds closer to Archie Bell & the Drells than anything Dinosaur Jr. has ever attempted before.

This album grows on you with each listen. I hope this dinosaur never goes extinct.