OPENING THEME: Let it Out (Let it All Hang Out) by The Hombres
Spin that Girl by LoveStruck
Squat with Me Baby by The A-Bones with The Great Gaylord
Trollin' by The Stooges
Todos Queremos A Lupe by The Fleshtones
El Ten de la Costa by The Del Moroccos
Bankrupt City by The Ultimatemost High
Do You Understand by The Sinister Six
Black Mud by The Black Keys
The Midnight Creep by The Jon Spencer Blues Explosion
Gremmie Out of Control by The Silly Surfers 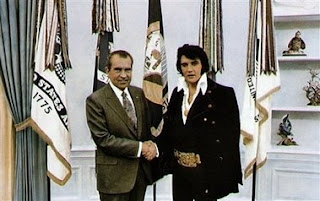 We're All Water by Yoko Ono & John Lennon
She Ain't a Child No More by Sharon Jones & The Dap Kings
Party Til the Money's Gone by The World Famous Headliners
Sharkey's Night by Laurie Anderson
It's a Shame by BBQ
CLOSING THEME: Over the Rainbow by Jerry Lee Lewis