A version of this was published in The Santa Fe New Mexican
Feb. 1, 2013 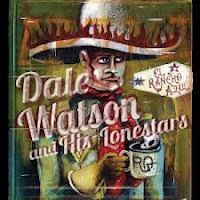 The record is called El Rancho Azul. There on the back cover you see Watson and his band, the Lone Stars, standing beside their tour bus in front of the Broken Spoke in Austin. That’s the famous old saloon where I last saw Watson play. (He did a solid three-hour-plus set without taking a break.) Even though this was a couple of years ago, I’m pretty sure I heard at least a couple of these songs that night.

This is no song cycle or rock opera, but El Rancho Azul does deal with certain recurring themes. Number one is drinking. Four of the album’s 14 songs have the word “drink” in the title. There’s “I Lie When I Drink” (“and I drink a lot,” Watson sings in the refrain), “Drink to Remember,” “I Hate to Drink Alone,” and “Drink Drink Drink.”) Then there’s a song called “Smokey Old Bar” (in which Watson enjoys drinking cold Lone Star) and one called “Thanks to Tequila” (in which Watson makes fun of the way cactus juice slurs his speech).

There are a couple minor themes at work on the album, as well. One is dancing and the other is weddings. Come to think of it, drinking, dancing, and weddings go together. On the dancing front, there are two similar songs that deal with a woman teaching a man how to survive on the dance floor. These are “Quick Quick Slow Slow,” followed by “Slow Quick Quick,” which is about waltzing. Then there’s “Cowboy Boots,” in which Watson sings of his love for women dancing in such footwear.

Watson’s wedding tunes are quite different. “We’re Gonna Get Married” is a fast song sung from the perspective of an enthusiastic groom. This is followed by “Daughter’s Wedding Song,” which is sung from the viewpoint of the bride’s father. “It’s hard to let go of that little girl whose whole body would sleep on my chest,” Watson says, starting off the second verse. It’s slow, pretty, heartfelt, and overtly sentimental. Merle Haggard fans will note similarities between this and Hag’s “The Farmer’s Daughter.”

Watson finally got around to recording “Where Do You Want It,” his black-humor outlaw song celebrating the shooting incident near Waco that involved the mighty Billy Joe Shaver. Billy Joe was eventually acquitted of aggravated assault charges connected with the confrontation. (What Texas jury is going to convict Billy Joe Shaver when Willie Nelson is sitting right there in the courtroom?) Though Watson wrote this song, it was originally recorded by Whitey Morgan & The 78s about two years ago.

Watson’s on a real roll lately. I thought his previous album, The Sun Sessions — recorded at Sun Studio in Memphis with a stripped-down version of his band and an early Johnny Cash feel — was the best thing he’d done in years. But this one is even better. 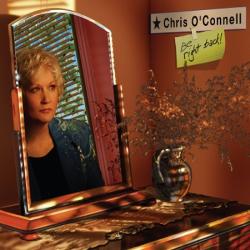 She was the original female with Asleep at the Wheel, before those latter-day saints of western swing moved to Texas.

Yes, she was the female singer on the early Wheel hit “The Letter That Johnny Walker Read.” And, from the same album, Texas Gold, she sang lead on “Bump Bounce Boogie,” which was one of the sexiest songs to come out of the Cosmic Cowboy era.

O’Connell worked with the Wheel on and off for a couple of decades. She has collaborated with a bunch of folks, including Wheel alums like Floyd Domino and Maryann Price (one of Dan Hicks’ most famous Lickettes). And she even took a 12-year break from the biz of show before coming back to record her first solo record.

There are plenty of tunes here — opener “A Little Mo’ Love,” “Everything Is Movin’ Too Fast,” and “One More Day” — that wouldn’t seem out of place on an Asleep at the Wheel record. “My Baby Don’t Love Me Any More,” written by Johnny Paycheck, is a fine country song that features two of country rock’s greatest guitarists, Bill Kirchen and Junior Brown, backing O’Connell.

O’Connell ventures out of the country/western-swing realm, getting jazzy on some tracks and going to the cocktail lounge on others like “When Love Was New” and “Skid Row in My Mind.” She draws from a variety of sources including Rodgers and Hart (“Everything I’ve Got Belongs to You”), Irving Berlin (“It’ll Come to You”), and Elvis (a strong performance on “(Marie’s the Name) His Latest Flame.”