A version of this was published in The Santa Fe New Mexican
March 8, 2013

Coming straight from the deep Euphrates — actually Austin, Texas — is the nonslumping sophomore effort by the band known as Churchwood. The CD, called 2, appropriately enough, proves that the group’s self-titled first album was no fluke. 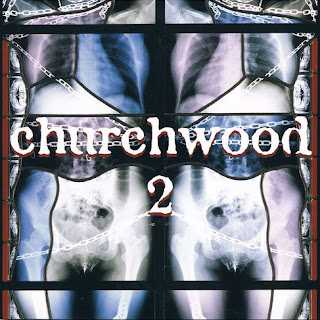 Both albums are steeped in the blues. Churchwood is tight and capable, but nobody is going to confuse the band with the generic Texas Stevie Ray Vaughanabe groups. “Saving the blues from the blahs” is a motto found on Churchwood’s ReverbNation page, but that barely scratches the surface.

Fronted by singer Joe Doerr, whose day job is English professor, Churchwood has a definite literary edge. The first words Doerr sings on the opening track, “Duende,” tip you off to that.

“Coming straight from the deep Euphrates/Orfeo’s gift from the realm of Hades/Don’t look back, baby, take his hand/Gonna lead us all to the promised land,” Doerr shouts over jungle drums and a guitar riff that lands somewhere between Howlin’ Wolf and Nirvana’s “Serve the Servants.”

Don’t think these guys are all that highbrow. For instance, on one verse of “Weedeye,” Doerr declares, “Mushroom tea, razor blade, I’m going down to Mississippi ’cause I gotta get laid.” The refrain of the song is “We don’t have to anything ’cept live ’til we die,” an expression Doerr says he picked up from his dad (whenever his mom told him he had to do something).

Writing about the origins of Churchwood on The Rock Garage website, Doerr says longtime Austin-band veteran guitarist Bill Anderson — with whom he played in a couple of groups in the ’80s — approached him in 2007 about starting a new band. “Bill envisioned taking Captain Beefheart’s Spotlight Kid/Clear Spot as a point of departure and using it as a means of exploring the musical and lyrical interests that he and I have shared for the past 25 years or so: blues, punk, country, psychedelic, and so on.”

(Anderson, by the way, works by day for the Texas Legislative Council, a job this political reporter can relate to. He was also a member of The Meat Purveyors, one of the cool- est country/punk bands ever — something I can relate to even more.)

Fortified by a second guitarist, Billysteve Korpi, and an explosive rhythm section (Adam Kahan on bass and drummer Julien Peterson), Churchwood is an authentic threat.

While blues is the band’s foundation, Churchwood subtly branches out on 2.

On “Aranzazu,” the musicians drop hints of a lilting jam-band vibe. “You Be the Mountain (I’ll Be Mohammad)” is funkified in a swampy kind of way (including some Princely falsetto vocals). “A Message From Firmin Desloge” and “Money Shot Man” feature a guest horn section, giving the former song a soul sheen and the latter an early Boz Scaggs feel.

Then there’s “Keels Be Damned,” on which the band displays a Threepenny Opera cabaret influence. Gogol Bordello could get away with playing this one.

The song advises against accepting the official version of anything. “I just can’t see what’s mad in asking proof of what we’re told/So I’ll be hangin’ here with minds that cannot be controlled.”

So don't take my word for it. Check Churchwood out yourself. 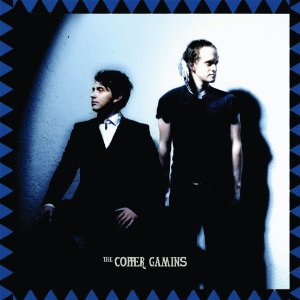 ▼ Los Niños de Cobre by The Copper Gamins. In reviewing the five-song self-titled debut EP of this hopped-up punk-blues duo from the mountains of Mexico last year, I said that it sounded like it was recorded “in an abandoned gas station.” That basically holds true for this, the Copper Gamins’ first full-length album (17 songs, 55 minutes). And once again the lo-fi music is so loud I’m not sure how that gas station is holding up.

The Gamins — singer/guitarist José Carmen and drummer Claus Lafania — follow a line of blues-bashing twosomes, going back to the Flat Duo Jets through early Black Keys and White Stripes on up through The King Khan & BBQ Show. The lads from Mexico are less slick than any of those bands — far less slick than what the Stripes or Keys eventually evolved into, and unlike KK & BBQ, the Gamins have not yet discovered the magical joys of doo-wop.

For those who heard the EP, there are no huge surprises on Los Niños de Cobre. It has the same basic sound, but in a handful of tracks, the group shows some healthy restlessness by expanding its sound.

For instance, toward the end of “Silver Monkey,” Carmen plays a strange-sounding organ. It’s downright refreshing. But the biggest surprise is “Angelitos Negros,” the title song of the 1948 Mexican movie starring silver-screen lothario Pedro Infante. I hope on the group’s next album the musicians incorporate more sounds from their native land.

Technically this album won’t be available commercially until March 19, but you can hear three cuts at www.reverbnation.com/thecoppergamins .

Here's the Copper Gamins in action a cople of years ago