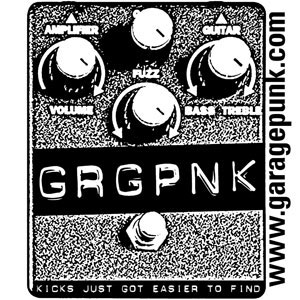 Great news for fans of  “traditional garage rock to trashy punk, surf/instro to rockabilly, ’60s garage to swamp rock, broken blues to greasy R&B, soul to funk, frat rock to psych, freakbeat to power pop, proto punk to new wave, noise to lounge/exotica, and anything in between.”

My favorite internet music hangout, the GaragePunk Hideout is back in business.

The place had been closed since early July because Ning, the social network platform that had hosted the place for years, was about to hit the Hideout with a hefty price increase and other drastic changes.

It took longer than expected, but the Hideout migrated to a new platform powered by SocialEngine. It reopened yesterday and the place is just starting to get re-populated with all the bands, fans, DJs, podcasters and other outcasts and ne'er-do-wells.

I first stumbled on an earlier incarnation of The Hideout back in 2007. Not long after, I wrote about it in a Tuneup column. I stuck around and eventually went native. My major contribution there is producing The Big Enchilada podcast, one of many great shows on The GaragePunk Pirate Radio network.

So if you like the kind of music I play on Terrell's Sound World and The Big Enchilada, check out the Hideout. Stop by my page and shoot me a friend request.