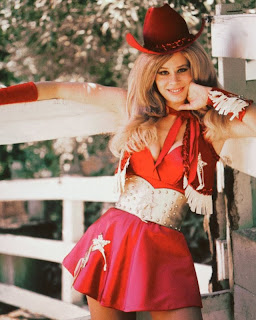 That was a modest tribute to the late Karen Black, who died Aug. 8. Black, who portrayed a country singer named Connie White in Robert Altman's Nashville not only performed the song in the movie, she wrote the darn thing.

Neko's version is on a tribute album of various alt-country types performing songs from the Nashville soundtrack.

I couldn't find footage of that performance in the movie, but here's a Youtube of that song, plus "Memphis," the other song she wrote and sang in Nashville.