A Musical Tribute to Breaking bad 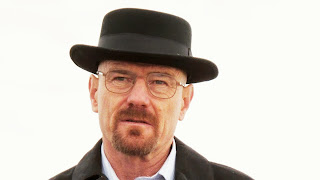 In honor of the final episode of Breaking Bad this coming Sunday, here's a musical tribute with some memorable songs from the series.

I'm really going to miss this show. When it's over Sunday, I'll probably be so depressed I might just go down to Albuquerque, check into the Crossroads and live off Dog House chile dogs ... and Wendy ... for a few days.

Everyone knows it's Wendy (though the song by The Association actually is titled "Windy."